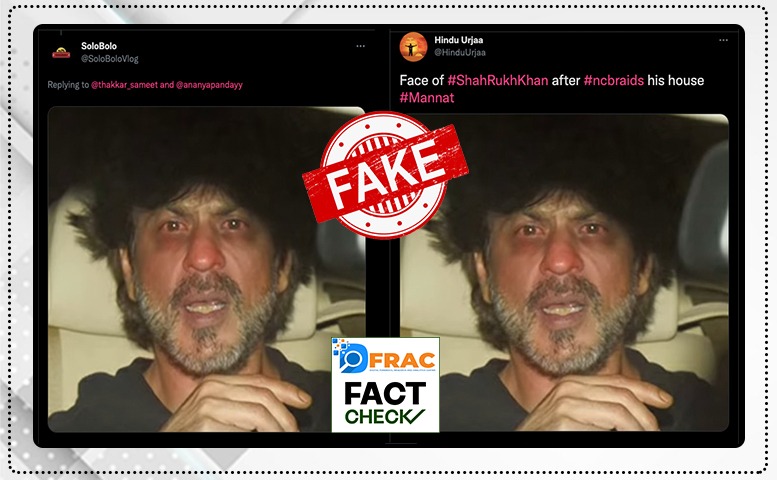 Amidst the ongoing Cordelia drug bust case which has led to the arrest of Shahrukh Khan’s son Aryan Khan, more images and claims about the family are going viral on social media.

One such image shows Shahrukh Khan looking distraught after the arrest of his son. In the image, Khan looks to be crying with red eyes and a flushed face.

We performed a simple reverse image search on google and found a similar image of Shahrukh Khan dating back to 2017. As per various news reports, this image was taken in 2017 when Shahrukh Khan was visiting actress Alia Bhatt on her birthday. Khan’s driver ran over a photographer’s foot which prompted a concerned response from Khan.

The original image does not show Khan with red eyes which leads us to believe that the image was morphed.

Therefore, this image is morphed and the claim is fake.