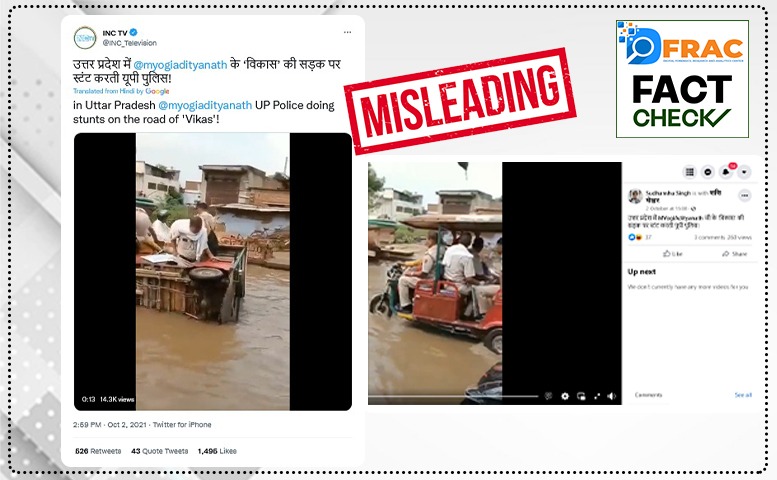 A video has been shared in social media platforms like Facebook and Twitter that claims it shows police officers travelling in rickshaw that got overturned in Uttar Pradesh after severe floods.

After doing a reverse search analysis by our team, we found out this post to be misleading. This post is not from Uttar Pradesh but is from Rajasthan. UP police also tweeted about this fake and misleading news on their twitter page.

UP police also mentioned in their tweet that please don’t spread rumours by posting misleading news without verification.

Dainik Bhaskar also posted an article on the same referring this video to be from Dausa district in Rajasthan where the road was flooded after rain and a rickshaw got stuck and overturned carrying 5 police officers.

Therefore, it proves that this viral video is fake and misleading and is used to spread misinformation in the society.