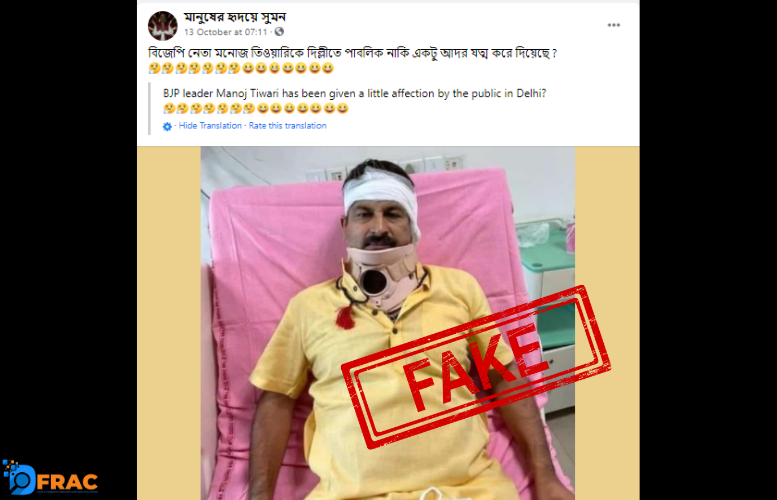 An image of Manoj Tiwari lying in bed with his head and neck bandaged is circulating on social media. Many are claiming that Manoj Tiwari got beaten up publicly by citizens of Delhi and was admitted to Safdarjung Hospital because of it.

The image was being used by users to mock Tiwari and they also called him ‘Rinkiya ke papa’.

We performed some keyword searches and found news reports of Manoj Tiwari injuring himself while protesting outside Arvind Kejriwal’s home. According to reports, Tiwari was protesting the Delhi government’s ban on Chhat puja and apparently fell off a barricade.

Manoj Tiwari himself recorded a message from the hospital reporting that his condition is stable.