Fact-Check: Kangana Ranaut to contest elections as a BJP candidate? 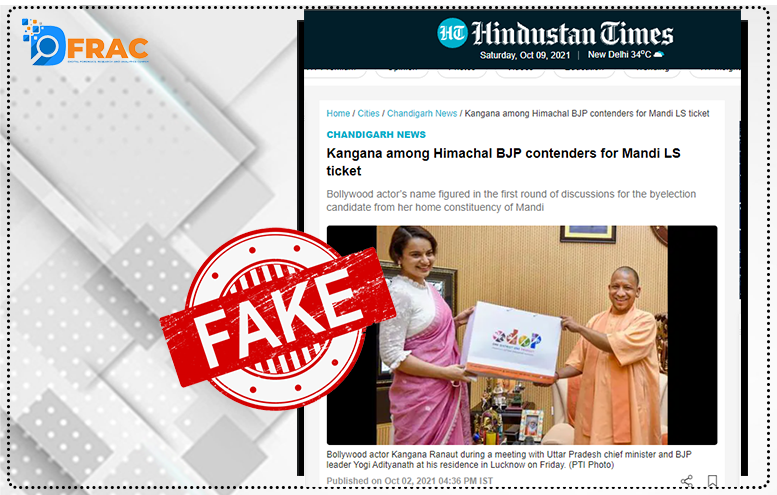 The Himachal Pradesh by polls are just round the corner, taking place on October 30,2021.

The seat for the constituency named Mandi is going to be the one to look at as the seat has been vacant since the death of Ramswaroop Sharma in March.

Many on twitter and Facebook are claiming the Bollywood actress Kangana Ranaut is going to contest the elections for this seat as a BJP candidate. All of the users who have claimed this have also attached a press release from BJP in which Ranaut’s name is written as Mandi’s BJP candidate.

Even Hindustan Times got a whiff of this and did a story on the same.

Upon performing keyword searches of this particular claim, we found that BJP has released its list of candidates for the bypolls but there is no mention of Kangana Ranaut.

We found ANI’s tweet from October 7 that declared the candidates. As per the original press release, Kargil War Veteran Brigadier Khushal Thakur (Retd) is running for the Mandi seat on a BJP ticket.

Here is the original press release published by ANI.

In the image that was shared by the user, it can clearly be seen that certain parts of the above mentioned document were taken and then used to give legitimacy to this claim. Since the press release posted by users is clearly edited, this claim is fake.

Fact Check : Video of a mob thrashing a poster of Kangana Ranaut with slippers is old and misleading.