Fact-Check: PM Modi gets chased away by US farmers’ protest supporters 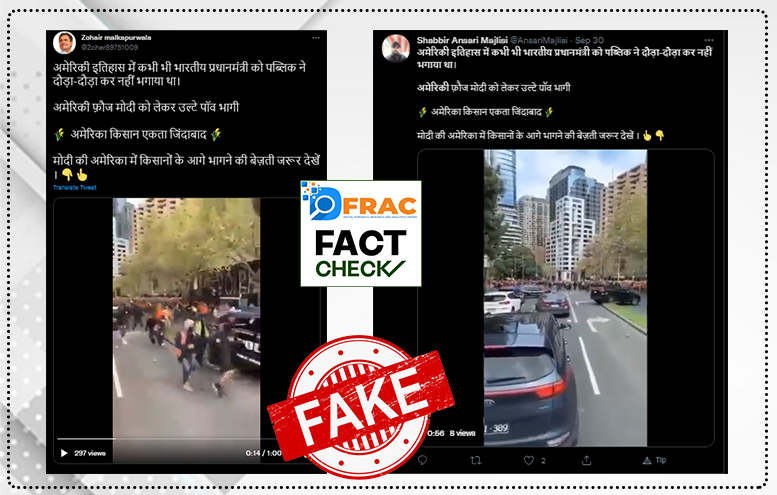 On September 29,2021, some users on Twitter started posting a video showing a group of people running after a couple of black cars.

We reverse searched the key frames of this video along with some keyword searches, it actually led us to anti-lockdown protests that have been taking place in Australia. We found that this video was taken in Melbourne on September 21, 2021 when these protests turned violent.

The police vehicles and the orange vests seen in the video match other videos and news coverage from the protests.

Since the video is from Australia and is in no way connected to PM Modi’s recent visit to the US, this claim is fake.