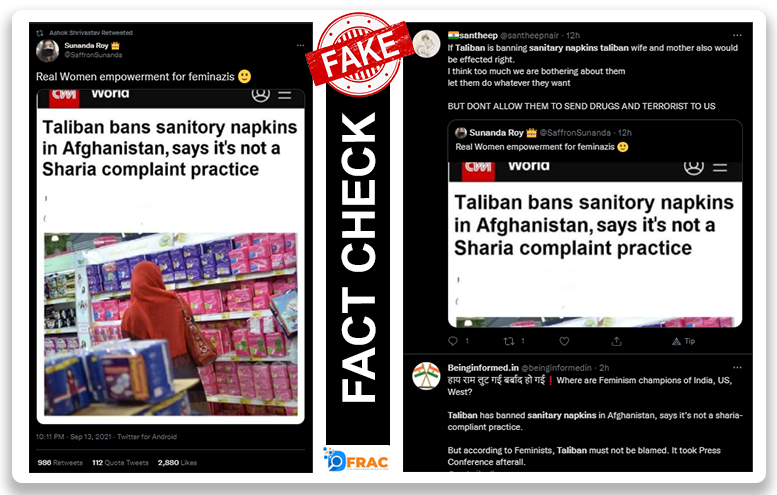 On September 13,2021 , a screenshot of a CNN article on the Taliban began to get circulated on Twitter and Facebook.

The screenshot of the article claims that the Taliban has banned sanitary napkins in Afghanistan as it does not comply with the Sharia law.

Upon reverse searching the image on google we found that the image used in the article was in use as long back at 2016 when Jansatta did an article on menstrual health. The image was later used in a 2017 by India.com.

We also checked CNN’s official website searching with keywords used in the headline but this did not lead us to anything published by the media house.

One more thing to be looked at is the face that the image and the headline have been clearly copy pasted on top of an CNN article. Below we have circle the discrepancy that shows that the image has been morphed.

Another interesting thing to note is that this news was only circulated in India which is suspicious to say the least. With the evidence clearly in front of us, we can now easily call this claim fake.