Fact-Check: Viral video of girl students making rotis in school is from Uttar Pradesh not Bihar 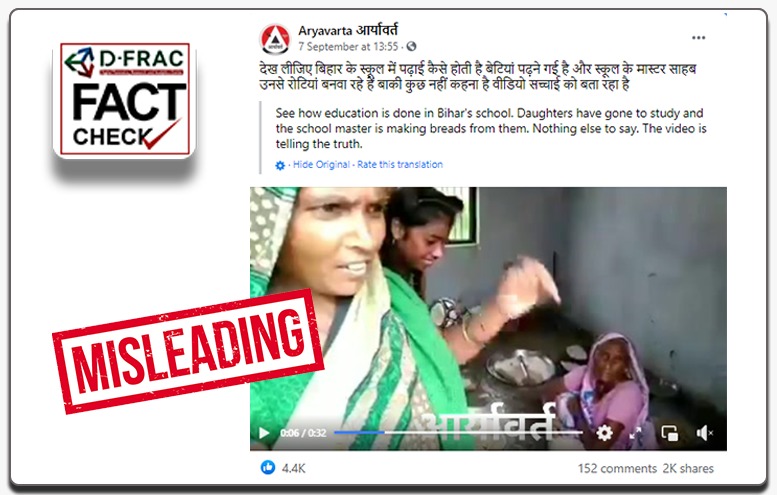 On September 7, 2021, the Facebook page Aryavarta posted a video of what looks like a group of girls cooking and making rotis in school uniforms. The caption of the video suggests that the group of girls were being made to cook in school instead of studying.

Upon reverse searching the key frames of the video, we found that various news sites have reported on the issue and have confirmed that the incident took place in Balia, Uttar Pradesh.

Since the video has been taken in Uttar Pradesh and not Bihar, Aryvarta’s claim is misleading.