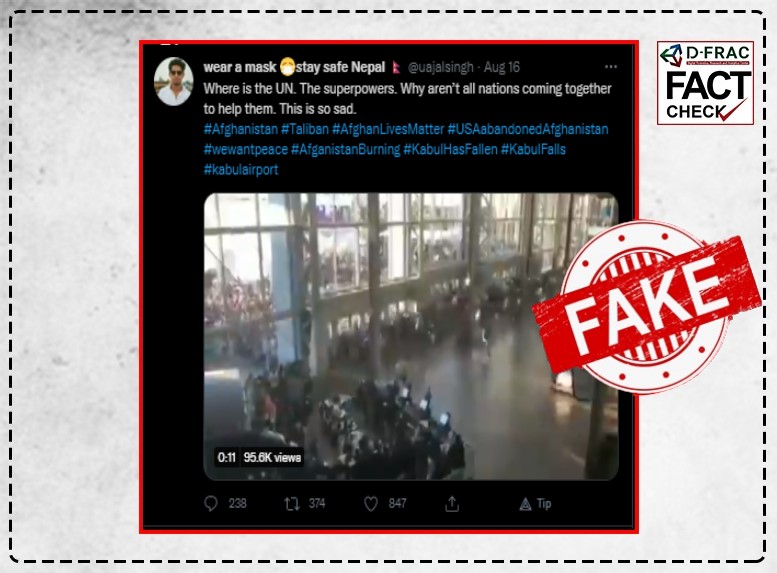 Many horrifying videos from Afghanistan have been resurfacing online on social media platforms. Because the situation is still developing, almost everything claimed to be from inside Taliban controlled Afghanistan is going viral.

One such video going viral is said to be showing the scenes from inside Kabul airport where a massive hoard of people can be seen running inside the compound.

Various users have reposted this video with each getting over 1 lakh views.

We reverse image searched the frames of this video and found that the video is not only from 2019 but also from Arlington Texas. The original video is of people running into the AT&T Stadium and was posted by Jon Machota who covers the Dallas Cowboys.

The original video has a whopping 11 million views. Hence this claim is false.