Fact-Check: Viral Video Clip of a Traffic Jam from Pakistan Shared as a Video from Maharashtra & Himachal Pradesh 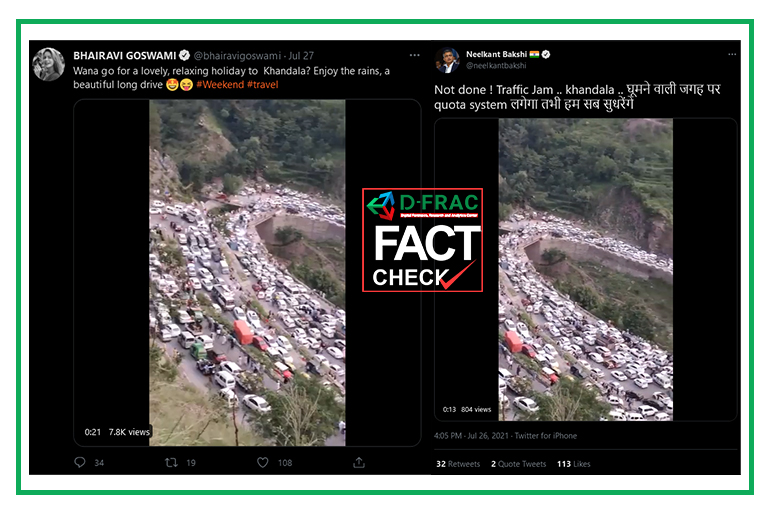 In the last two days, a video began to be circulated on all social media platforms showing a massive traffic jam with multiple lanes. Some users and news media outlets claim this to be a video of tourists returning from Kinnaur, Himachal Pradesh and others claimed it to be a video from Khandala, Maharashtra. Verified twitter accounts such as @BhairaviGoswami  and @neelkantbakshi have posted this video on their feeds.

Various news media outlets who have re-posted the video on YouTube.

Fact-Check: Upon further investigation, it was found that this video was neither taken in Maharashtra nor Himachal Pradesh. Tourists in Kaghan Valley, Pakistan were stranded for hours due to a massive traffic jam.

Several Pakistani news media outlets such as 24 News HD, Dawn have confirmed and reported that this video was taken in Kaghan Valley, Pakistan on July 26, 2021. Hence, both of these claims are false.