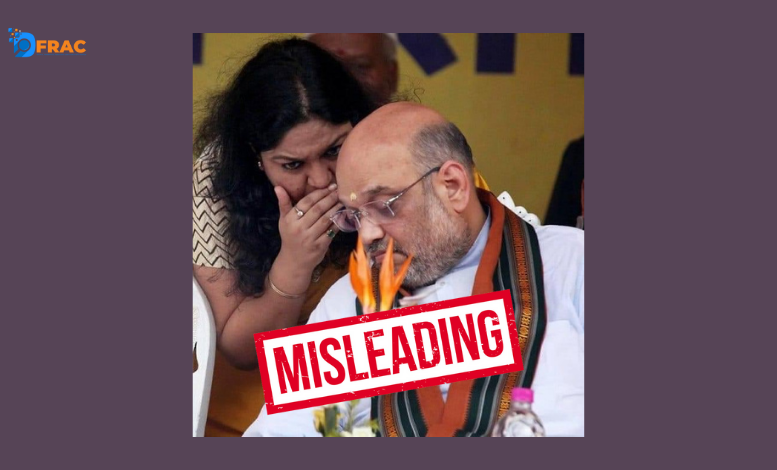 Jharkhand is in the headlines these days. The reason for this is to interrogate CA CM Suman Singh of veteran IAS Pooja Singhal and her second husband Abhishek Jha, arrested with Rs 19.31 crore in the raid of the Directorate of Mountains (ED).

The picture of IAS Pooja Singhal with Union Home Minister Amit Shah is getting viral on social media.

Avinash Das, the director of the film ‘Anarkali of Aarah and the web series ‘She’, on the morning of May 8, 2022, tweeted a photo of Pooja Singhal with the caption “A few days before she was caught with the cash from home.” (Translates Hindi), in which Pooja Singhal is seen with Amit Shah speaking something in his ear.

A verified Twitter account Meenakshi Joshi Writes, “How corrupt is IAS Pooja Singhal. What does greed do after having a good salary, status, and fame?  With this tweet a picture was posted with piles of notes can be seen.

Shahnawaz Ansari shared the same picture with the hashtag #PoojaSinghal and the caption “corrupted IAS Pooja Singhal having some important talk with the country’s Home Minister Amit Shah”.

After doing an internet search and reverse image search, we found that the image was uploaded on the image provider website Shutterstock on 16 September 2017. Apart from this, News Bharti and Lens Eye news portal including The Telegraph have covered the rally “Garib Kalyan Mela”, in which the then Chief Minister of Jharkhand Raghuvar Das is also present. At that time Amit Shah was on a three-day visit to Jharkhand. During that time he had launched many schemes. In this event, he organized a rally “Garib Kalyan Mela” and distributed the connections of LPG cylinders. 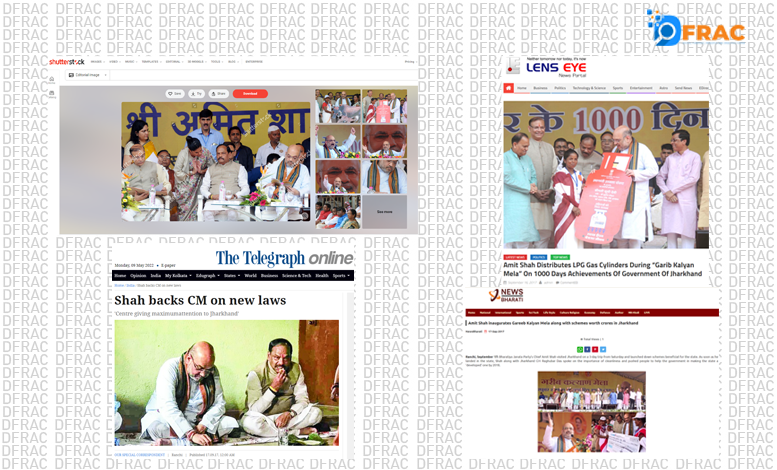 Videos in this regard can also be seen on DD News and Bharatiya Janata Party’s verified YouTube channel.

Also, we were retweeted by a user named Lala to Avinash Das, in which he shared a screenshot writing “delete kar be bollywood’s Ashutosh @avinashonly” in which it is told how old this picture is.

The claim with which the picture is being shared on social media is baseless and false as it is from the time when BJP was in power in Jharkhand.

Fact Check: Did Rahul Gandhi party with the Chinese ambassador of...

Fact Check: Did A Chopper Showered Flowers On The Eve Of...

Fact Check: Did Telangana Police Waiving The Flags Of BJP?

Previous articleIs India a soft target?
Next articleFact Check: Did World Economic Forum Endorse A Commercial In Which A Man Suggest To Kill A Child?

Fact Check: Know the reality behind the viral picture of Rahul Gandhi in the name of Nepal’s wedding.

Recently, in Kathmandu, Nepal the wedding video of former...