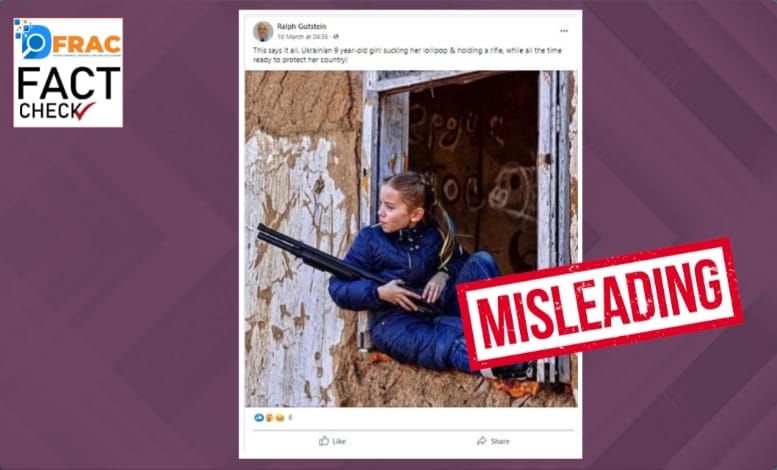 A photo of a young girl child holding a shotgun is going viral on the internet. Users are sharing the picture with the claim that she is a 9-year-old girl preparing herself to fight against the Russian force. Further, Ralph Gutstein shared the picture with the caption, “This says it all. Ukrainian 9-year-old girl: sucking her lollipop & holding a rifle, while all the time ready to protect her country.” 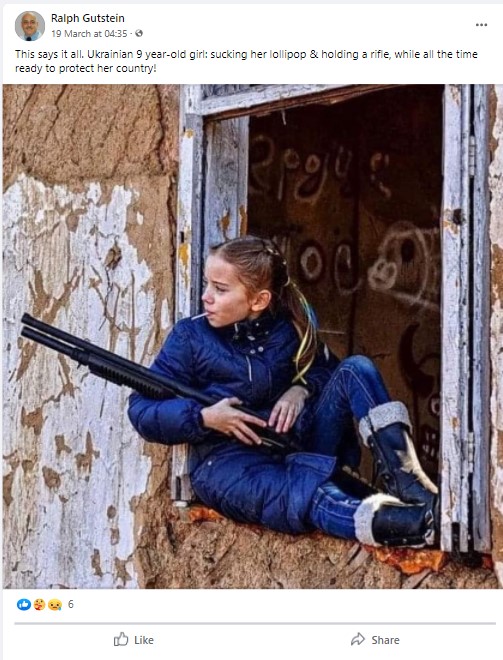 Similarly, many other users have posted this picture. 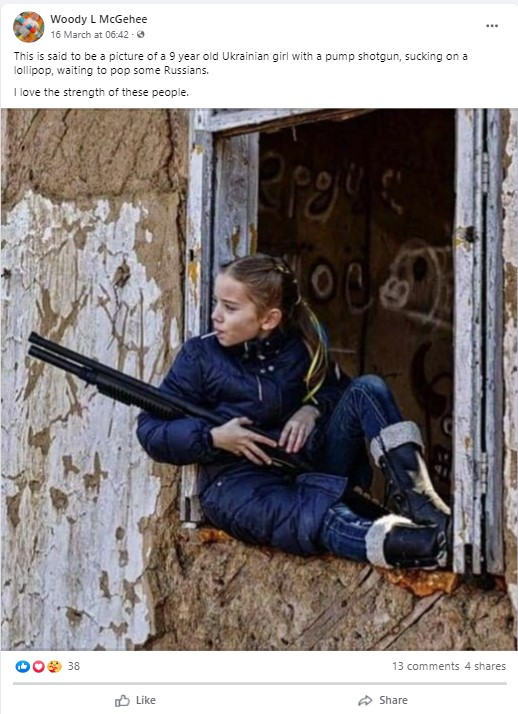 After reverse image search analysis, we found a fakebook post of Олексій Кириченко from which we got to know that the image is staged. Along with the picture, he wrote that the girl is his daughter and the gun was not loaded. 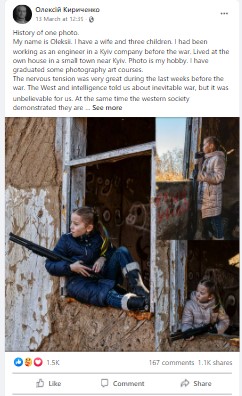 Hence, the picture is not related to the ongoing crisis between Russia and Ukraine.

The viral picture is fake.