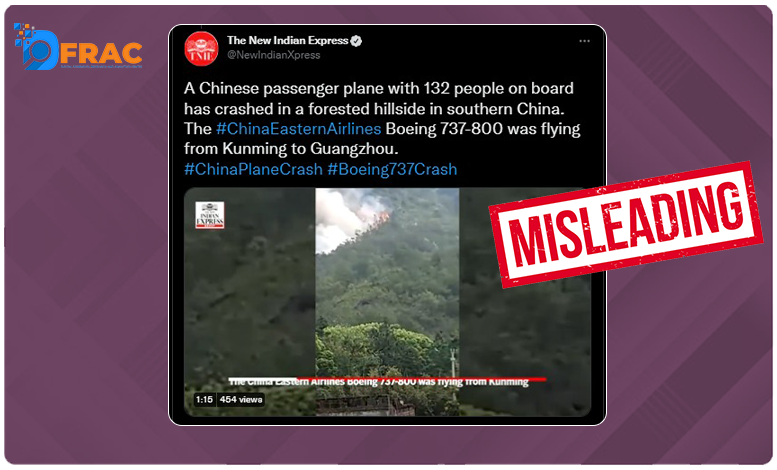 A video is getting viral on social media of a plane crash in South China. Amidst the plan crash of Chinese Eastern Airlines Boeing 737-800 to Guangxi province, China.

The New Indian Express posted a video of a mountainside burning in fire and claimed it as footage of Boeing 737-800 plane crash in Southern China.

A Chinese passenger plane with 132 people on board has crashed in a forested hillside in southern China. The #ChinaEasternAirlines Boeing 737-800 was flying from Kunming to Guangzhou.#ChinaPlaneCrash #Boeing737Crash pic.twitter.com/SjRJxMY3VF

Many other users also posted the same video and claimed it was a terrifying crash in the forested hillside of Southern China. Users are stating that 133 people died in the crash

The first minutes after the Boeing 737 crash in southern China. 133 were on board
Video published by eyewitnesses.#ChinaPlaneCrash #ChinaEasternAirlines pic.twitter.com/0qDGDhgsA4

The first minutes after the Boeing 737 crash in southern China. Video published by eyewitnesses. pic.twitter.com/jWdgiq9iSH

After a reverse image search, we found a post from Weibo, a Chinese Newspaper Modern Express claimed that the video from the red fire festival in the village in Fujian province. 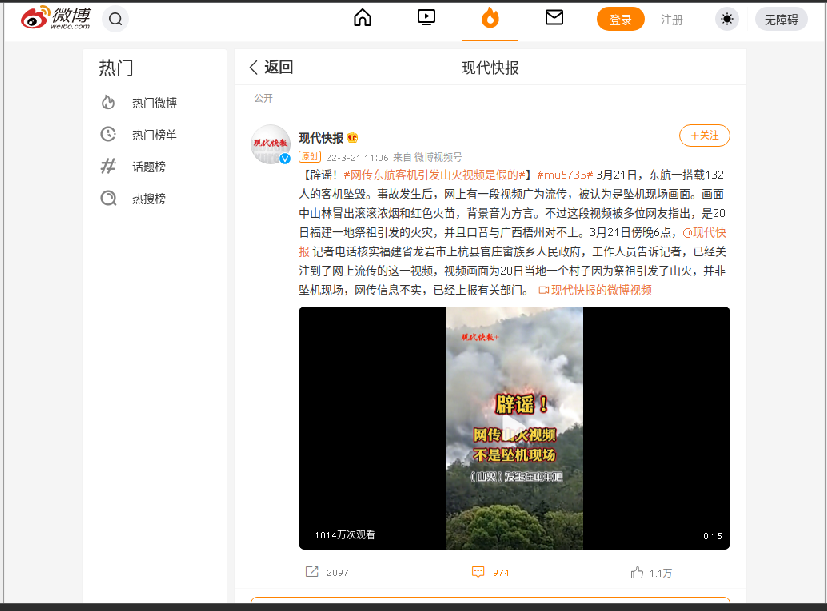 Furthermore report also added that the video is of 20th March.

Claim by: The New Indian Express

Previous articleFact Check: Did Russia recuperates the restaurants abandoned by Mac Donald’s and renames them DonMak?
Next articleFact check: The fake video under Russia’s attack over the building of the Ukrainian Defence ministry got viral