The whole world has its eyes on the ongoing Russia-Ukraine crisis. Although India is very close to Russia, It shares a healthy bond with Ukraine also. In such a bitter war situation between both of the countries, a diplomatic dilemma is created for India. People are speculating on India’s move on the current crisis. Meanwhile, an image of a news plate of ZEENEWS got viral on the internet. In the news plate, it is written which can be nearly translated into English that, “Putin’s big statement on PM Modi, told Modi as a childhood friend.” Consequently, many social media users shared this on their handles. Sharing the image, Safiya Naaz wrote the caption,” Putin used to sell milk at Station and Modi used to sell the same milk tea, only then there is friendship.”

Similarly, many users have shared the same image on their user handle.

On our Fact check analysis, we found this image is fake. zee news has never shown any such news. Moreover, this image is photoshopped.

We used the fotoforensic on this image, from which it is clear that the news plate is edited. 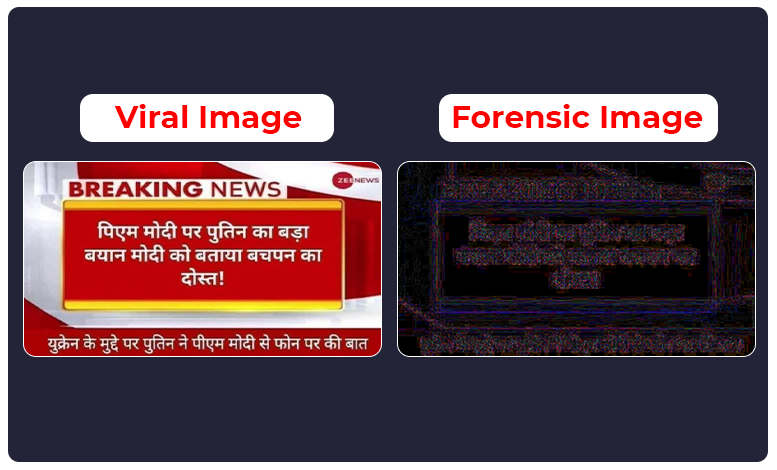 Hence, it is clear that the viral image is fake. Many users spread fake news to mislead people. DFRAC always aims to bust these people so that readers can get authentic news.