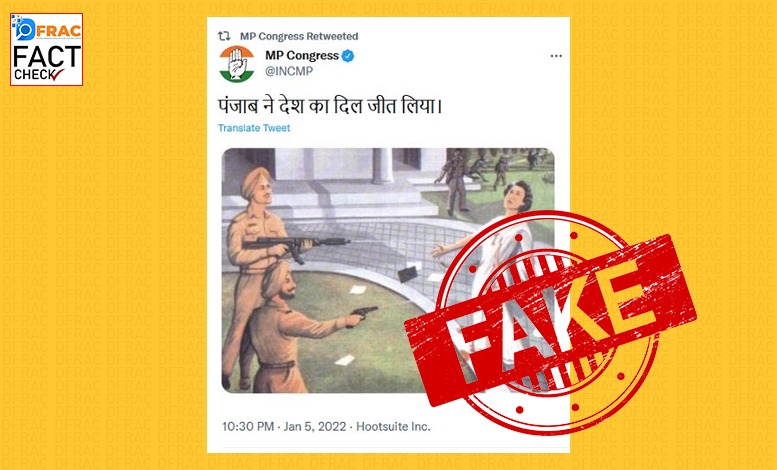 Communal hatred has become a common chapter in the book of politics. The Madhya Pradesh Congress Committee tweeted on 5th January 2022 “Punjab Nai Desh Ka Dil Jeet Liya”. The tweet was done right after the unsuccessful visit to Punjab of PM Narendra Modi.

In reply to this tweet, an account named “India नही भारत Flag of India 13.7k” reverted to the tweet with a photoshopped image and misleading content. The picture depicts the death scene of Indira Gandhi where she is killed by her own bodyguards.

The image was photoshopped as MP Congress didn’t add a picture with the tweet. The tweet by India नही भारत Flag of India 13.7k  is a mere case of an attempt at communal hatred. Many Anti-Congress party people have reposted the picture and have circulated it around the globe.

Conclusion: The article clearly states how people spread misleading contents. Hence the picture is fake as well as misleading.