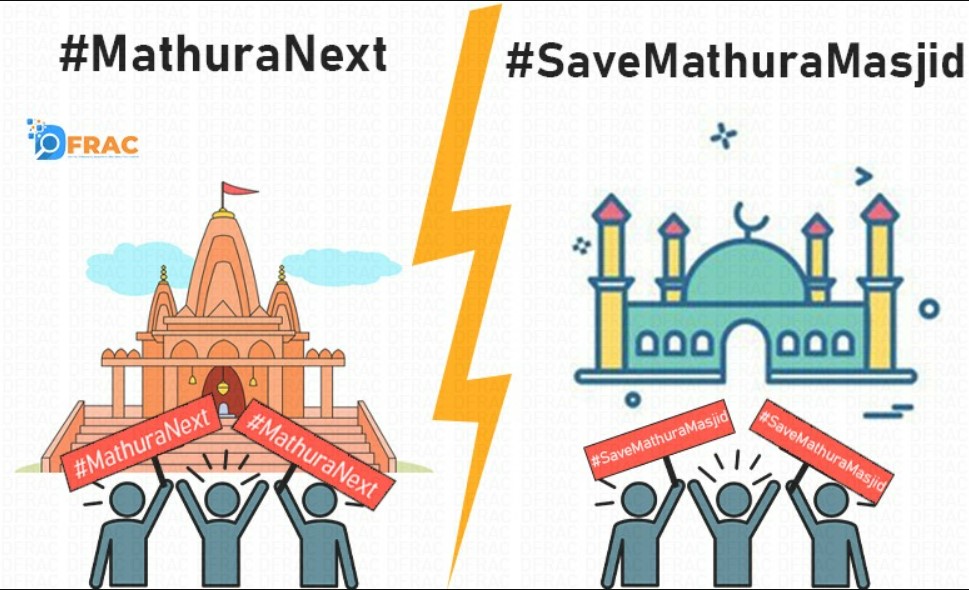 After this tweet by KP Maurya, polarization started in the social media world and some users came in his support and started running #MathuraNext, while many people started the trend of #SaveMathuraMasjid against him. Here we will analyze this trend. But first let us understand what this issue is.

What is the issue of Mathura Shahi Masjid?

According to Hindu texts, Mathura is the birthplace of Shri Krishna, the eighth incarnation of Vishnu. A section of Hindus believe that the site of the existing Idgah Shahi Masjid of Mathura was earlier a temple and that is where Lord Krishna of Hindus was born. In the 17th century, Aurangzeb demolished this temple and got a mosque built in a part of it, which is still present right next to the temple. This is also the main reason for this controversy.

Similar clams are used by a section of Hindus in India and in many mosques as well. However, on the basis of evidence and evidence, it would be difficult to say that earlier there was a temple here. 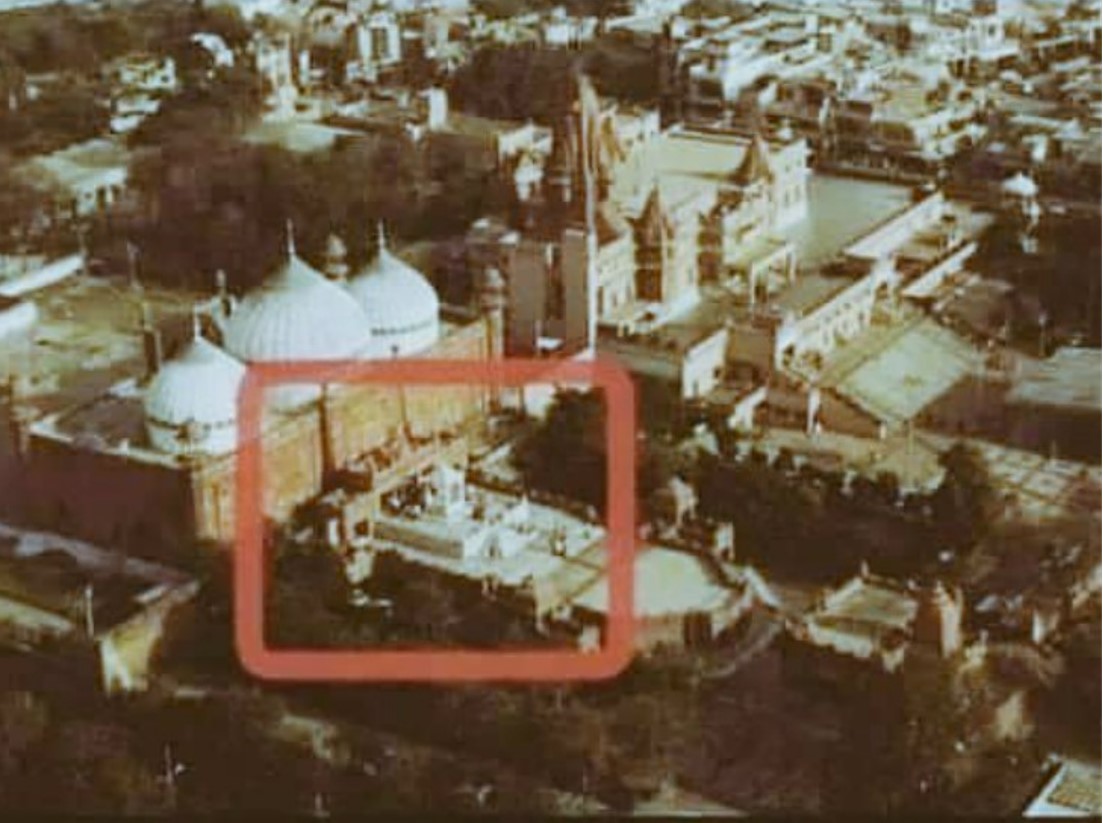 An agreement between Masjid Trust and Krishna Janmasthan Seva Sangh:

In this matter, an agreement was reached on 12 October 1968 between Shahi Idgah Masjid Trust and Shri Krishna Janmasthan Seva Sangh. After this agreement some land of the mosque was vacated for the temple. During this, another case was filed in the court of the Civil Judge of Mathura. But on the basis of the agreement between Shri Krishna Janma Seva Sansthan and the Trust, it was closed. A decision of the court came in this regard on 20 July 1973. Then it was assumed forever that this dispute has now been settled forever.

Some of the tweets made under #MATHURANEXT –

Some tweets made under #SaveMathuraMasjid

Below is wordcloud which shows which words were used most often in tweets and replies on hashtags. 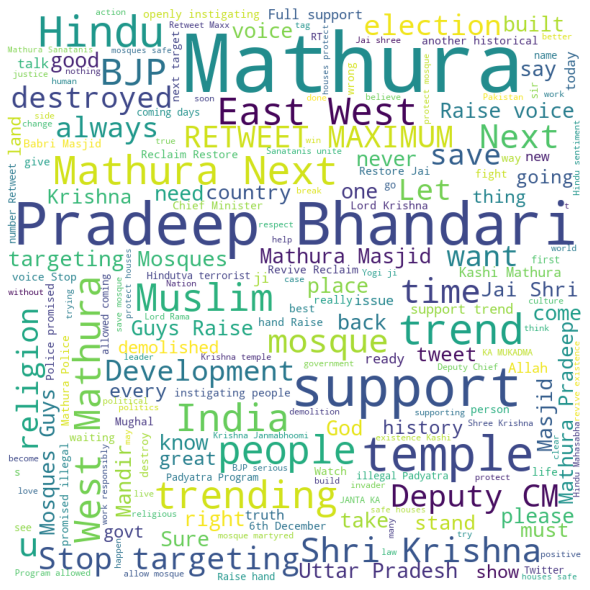 The graph below shows which accounts were mentioned most often. Pradeep Bhandari (Pradeep 103) was mentioned the most as people were praising him in support of the hashtag. He was mentioned more than 370 times, followed by Yogi Adityanath (myogiadityanath) more than 100 times.

The graph below shows the number of times a user has tweeted or replied to a hashtag. pavankumaar_ has tweeted/replied the most times, followed by ek_ldaki and ambikeshbjp.

The graph below shows the verified accounts that tweeted/replied the most on the two hashtags. JankiBaat1 tweeted the most number of tweets with more than 25 tweets, followed by Zee_Hindustan and DineshBJP09 with 14 and 8 tweets respectively.