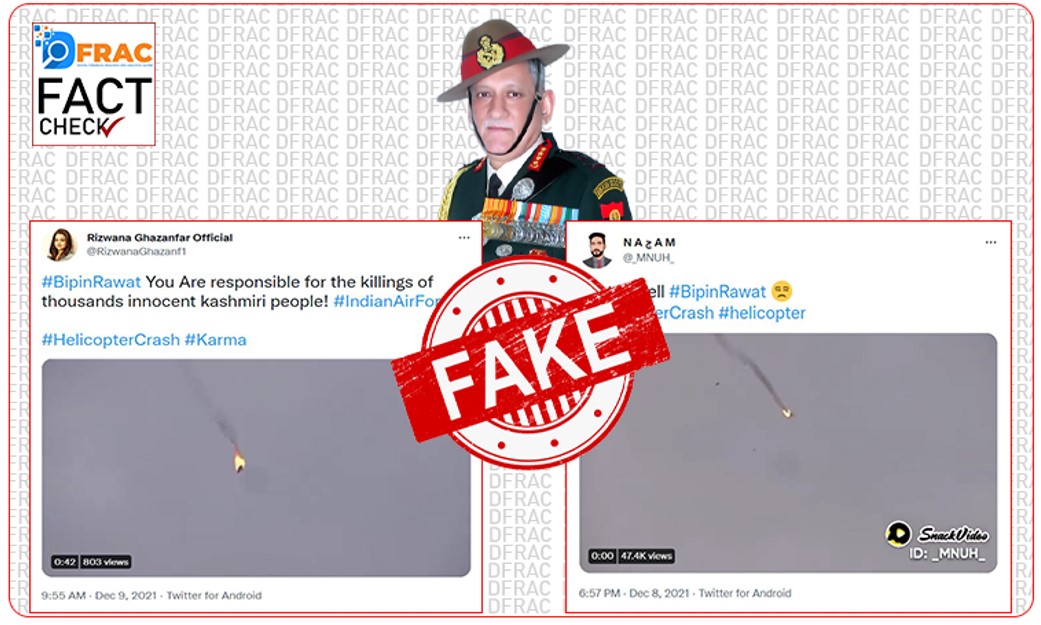 On 8 December, Chief of Defense Staff General Bipin Rawat’s IAF Mi-17V5 helicopter crashed near Coonoor in Tamil Nadu. In which 14 people including Bipin Rawat, his wife died. The Air Force has issued orders to investigate the entire matter.

Meanwhile, a video is becoming very viral on Twitter. In which a helicopter surrounded by flames is coming down fast. It is being claimed that this is the same helicopter in which Bipin Rawat was aboard at the time of the accident. Pakistani user has posted this video.

#Syria: #SyAF resumed today its bombardment on Greater #Idlib. As message wasn't clear enough 3 days ago, another barrel bomber (chopper) was shot down with a MANPADS, this time over W. #Aleppo. pic.twitter.com/MwJnaMk2QC

Upon investigation of this video we found that two Mi-8/17 helicopters used by the Syrian Air Force were shot down during the Syrian Arab Army’s invasion of Idlib Governorate. The first helicopter was shot down over southern Idlib on 11 February and the second over western Aleppo on 14 February. Neither of the crew of the two helicopters survived.

Apart from this, we found another similar video by searching on YouTube. Which was posted by The Telegraph in its story.

Therefore, this video is false.