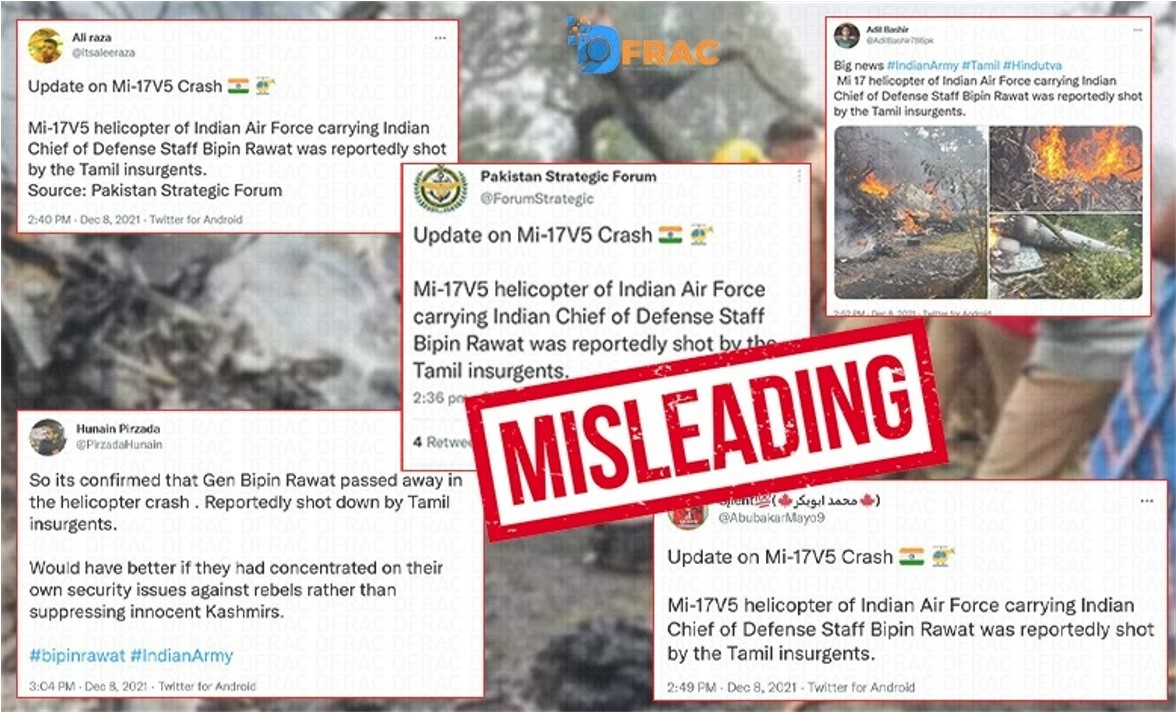 Today, an army chopper carrying 14 army personnel including chief of defence Bipin Rawat and his family members crashed near Coonoor in the nearby hilly Nilgiri district in Tamil Nadu. They were on board the Air Force’s Mi-17V5 helicopter, the air force has confirmed that General Rawat was on board.

While this happened, people came forward on social media platforms to pray for General Rawat and for people who were on-board. Politicians also came forward and tweeted expressing their grief and sadness on the matter.

In the midst of this, ForumStrategic, which is an Islamabad based think-tank tweeted on this incident claiming that the chopper was shot down by the Tamil insurgents. This tweet is nowhere to be found on their account as the tweet has been deleted by them. 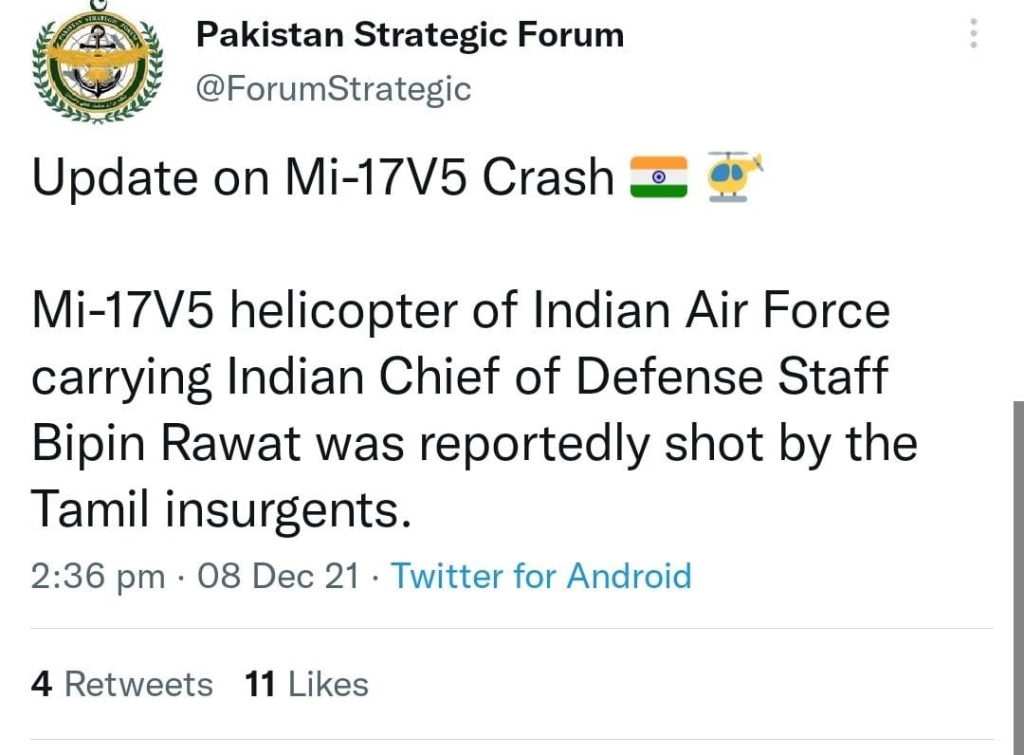 After their tweet, many Pakistani accounts also tweeted claiming the same statement of ForumStrategic. One user even mentioned ForumStrategic as the source of news.

The claim by the ForumStrategic and other Pakistani handles are clearly false and misleading, as there are no reports that their chopper was shot down by Tamil insurgents.

As the reports say by The Times of India and NDTV the chopper carrying 14 army personnel including General Rawat and his family members got crashed as an accident and not due to some shooting of Tamil insurgents. Therefore, we can clearly say that the tweet of ForumStrategic and other Pakistani handles were to create hoax and misleading statement on the current disastrous event.