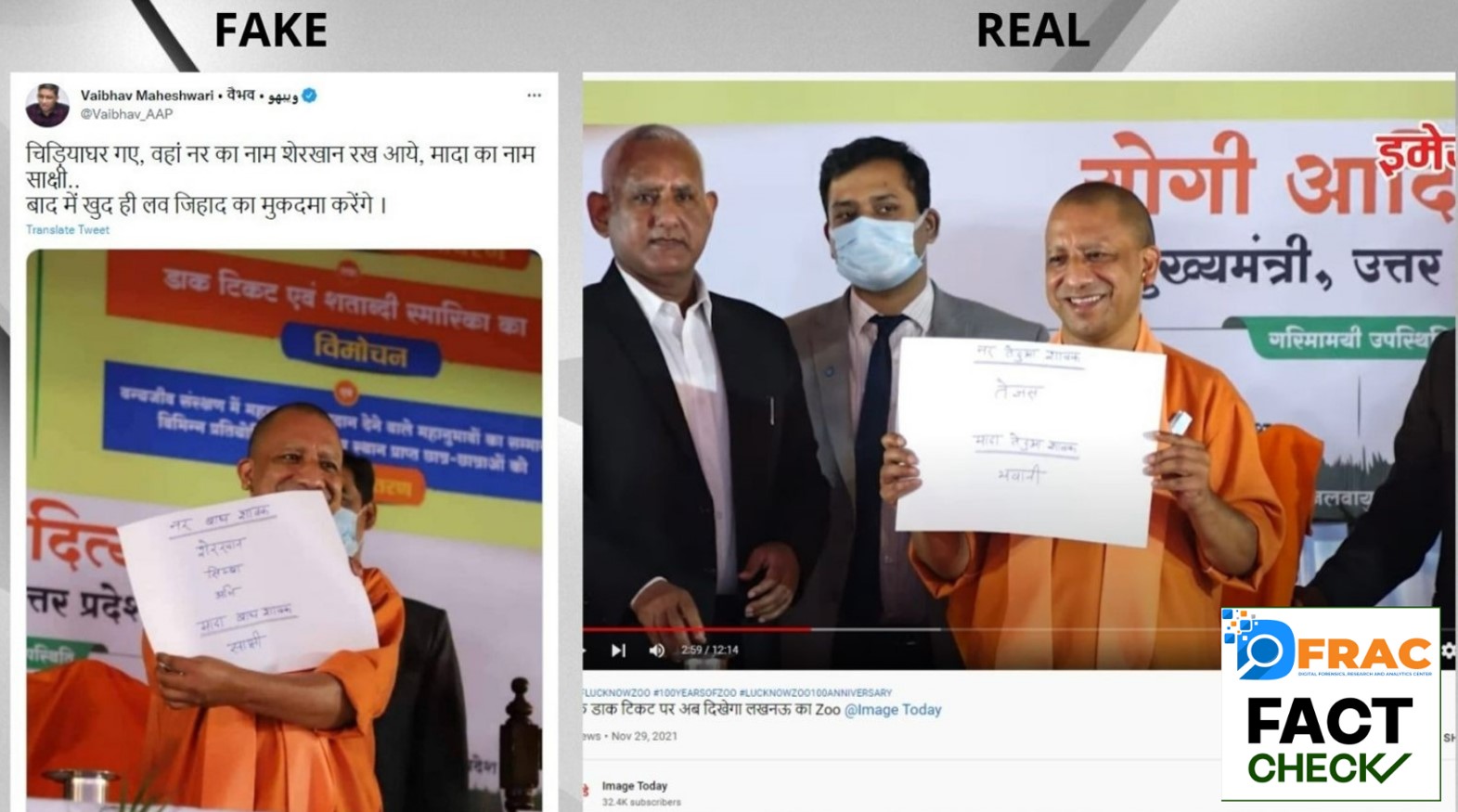 While tweeting this picture, he wrote – Went to the zoo, there came the name of the male Sher Khan, the name of the female Sakshi .. later will himself sue for love jihad.’

On Google searching the words of the banner in the background of CM Yogi in this picture, we found that this picture is from the centenary celebrations of the zoo in the capital Lucknow (Lucknow), in which CM Yogi took part. Although there was nothing written on paper that he was holding in his hand to suggest that statement.

In the video shared by Image Today on YouTube, at 02:59 it can be seen that the male leopard Tejas and the female leopard cub Bhavani are written on the paper.

So this picture is fake.