Fact-Check: Was the unemployment rate in UP really 17.5% before the Yogi Government? 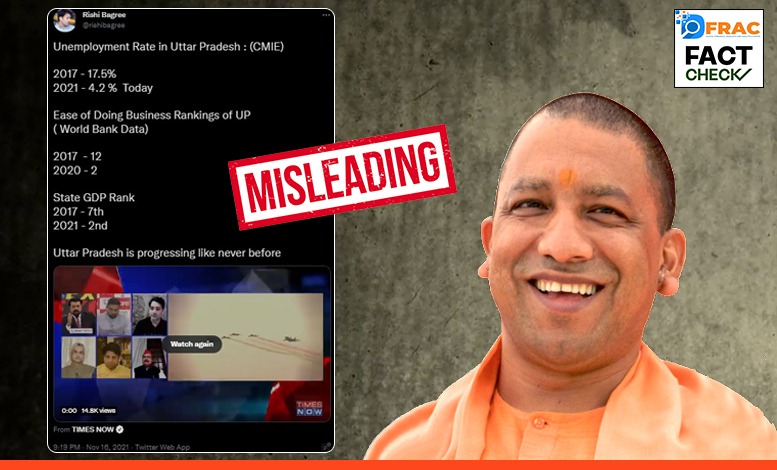 Several known troll accounts on Twitter have posted the claim that Up government’s unemployment rate was 17.5 % in 2017 before Yogi Adityanath’s government.

The claim was posted by Rishi Bagree, who is known to post fake news and misinformation a lot. The claim was then subsequently picked up by many users who used the ‘copy paste’ format to post the same information.

Ease of Doing Business Rankings of UP
( World Bank Data)

Previously, the highest ever unemployment rate reported by UP stood at 18.0% in June 2016 followed by 17.1% in August 2016 under the Akhilesh Yadav government, which was followed by a gradual reduction through 2016 and early 2017.The highest rate of unemployment in Uttar Pradesh under the BJP government since it came to power in 2017 stood at 21.5%, in the month of April 2020, followed by 20.4% in May 2020 owing to the lockdowns.

Therefore, the rate of unemployment under Yogi Adityanath’s government has actually increased since 2017. Hence, this claim is misleading.