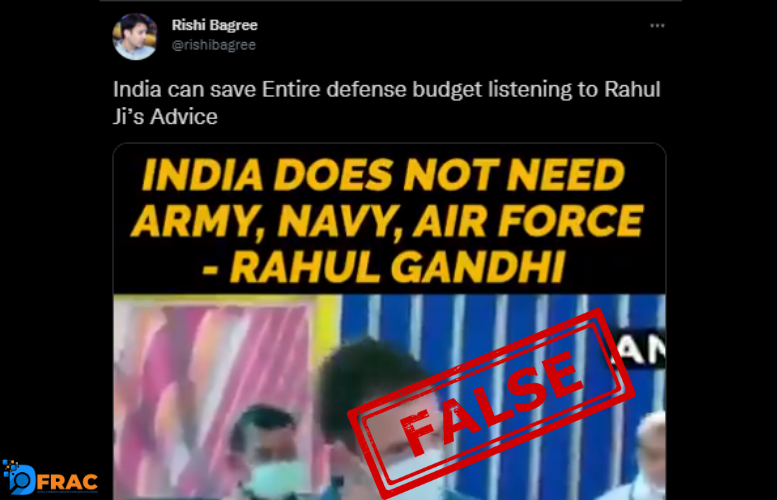 On October 18, 2021, user @rishibagree posted a video of Rahul Gandhi speaking at an event. The video included a heading which said that Rahul Gandhi says that India essentially does not need armed forces.

In the video Gandhi can be heard talking about farmers and labourers and then later saying that India does not need to be protected from China at the borders.

Bagree comments that if India listens to Gandhi, it can save its entire defense budget.

We performed a few keyword searches from video and found news reports of this particular speech. Gandhi gave this speech on January 21,2021 during the Tamil Nadu campaign. Upon listening to the full speech, we found that Rahul Gandhi was actually commenting on the growing tensions between India and China and emphasised on the need to have a strong economy by empowering farmers and labourers. If the economy is stable then, China would be intimidated.

You can listen to the full context of the statement beginning at at 1:05 mark.

Since the video is clearly clipped to give Gandhi’s statement a different meaning, this video is misleading. We have previously fact-checked claims made by Bagree, you can read them here.