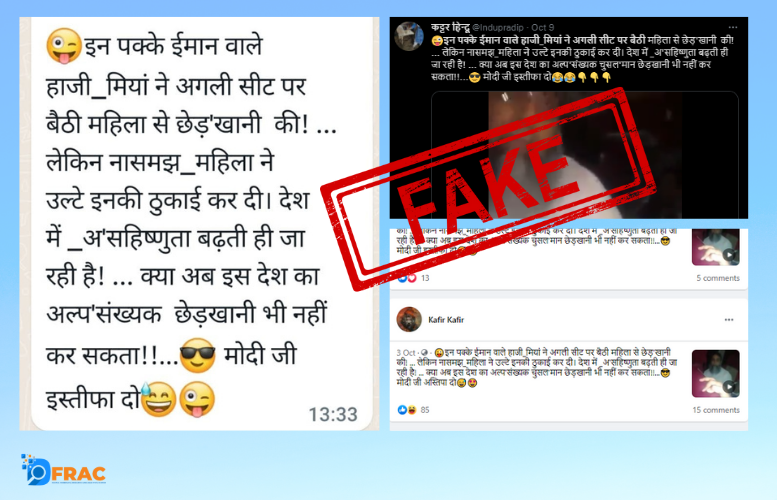 In the video it can be seen that a woman is slapping a man who was allegedly repeatedly touching her. The man can be seen apologising.

The video has been posted hundreds of times on Facebook and Twitter and is being forwarded on Whatsapp as well.

We performed a reverse keyframe search on the video and found a video of the incident uploaded on Youtube on September 30,2019. The description of the video suggested that the woman was molested on a bus in Multan,Pakistan.

With these keywords, we found various news reports on the issue by Pakistani newspapers such as Pakistan Today and The Express Tribune. According to these papers, the incident took place on September 26,2019 in Pakistan.

Since the incident did not take place in India and took place in 2019, this claim is misleading.