Fact-Check: “My city is fully open”. How trolls use their mindless copy-pasting habit to counter the farmer’s protest 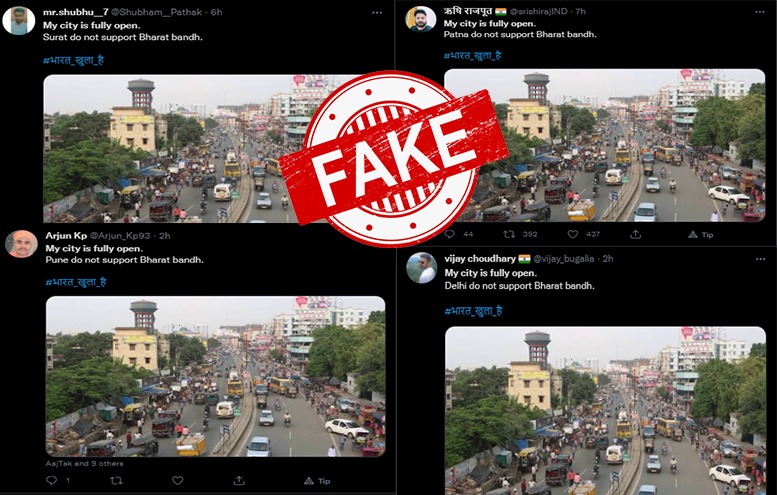 September 27,2021 marks the day when the ongoing farmers’ protest called for a nationwide strike to shine a light on their cause. The Samyukt Kisan Morcha called the strike to commemorate the first anniversary since the three farm laws were enacted. The farmers movement blocked a few borders in different states.

As a reaction to this strike, many who do not agree with the cause are usually supporters of the central government once again took to twitter to express their discontent.

The tweet mentioned above got 1,400 likes and was retweeted 1,000 times. However another user posted the same photo but said that it was a picture from Patna.

A copy-pasting trend emerged with this with many users using the same caption and picture to show that their respective cities are open.

Since it seemed like this picture was claimed to be every major city in India, we performed a reverse image search on image and found that the image is from Patna and was first used as far back as 2016. Attached below is an article on PatnaBeats that used the image.

Since the image is at least 5 years old, this claim is fake. Right wing trolls are known to use this copy pasting pattern to spread a false narrative. We have previously identified this pattern many times before. You can read our reports here.