Fact-Check: Video of girl firing a machine gun in the new Taliban regime is old 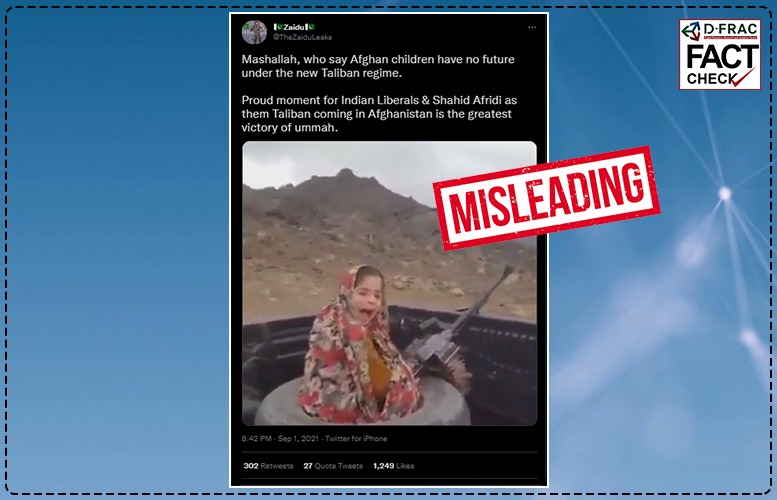 On September 1, 2021, a video of a little girl firing a machine gun and smiling with glee was posted by a handle called @TheZaiduLeaks with the caption “Mashallah, who say Afghan children have no future under the new Taliban regime. Proud moment for Indian Liberals & Shahid Afridi as the Taliban coming in Afghanistan is the greatest victory of ummah.”

Comments on the video suggest that they believe in the claim.

Additionally, the handle @Natsecjeff also confirmed that this video was taken from a random Afghan TG Channel.

Therefore this claim is false and misleading.