FactCheck: Will BSP Will Form The Government In Uttar Pradesh? Know the Reality Of the Viral Screenshot.

Amid the hustle and bustle of elections in Uttar Pradesh. Many predictions are being made about the party that will form the government. In the same vein, many media houses are conducting opinion polls. Meanwhile, a screenshot of News24  is going viral on the social media platform. According to this viral opinion poll image, BSP is going to get around 203-211 seats in the ongoing UP Elections.

Further, sharing the screenshot Kundan Kumar wrote, “BSP in 22. Vote for #Bahujan Samaj Party. #Government of full majority is going to be formed.”

Similarly, many other social media users are sharing this screenshot on their handles.

After doing the keyword search, we found a video on the YouTube channel of News24 uploaded on 22 Jan 2022. Further,

After watching the full video we got to know that the viral screenshot is an edited screenshot taken from this video. 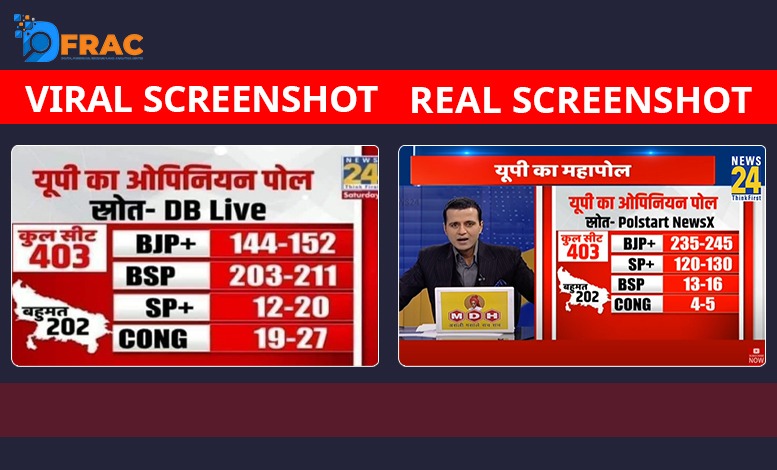 Hence, it is clear from our Fact check analysis that the viral screenshot is edited.

Previous articleFact Check: Is Fidel Castro the father of Justin Trudeau?
Next articleFactCheck: Reality Of The Picture Of The Woman Holding A Rifle On A Bus