Fact-Check: Is there a Shivlinga in Ireland? 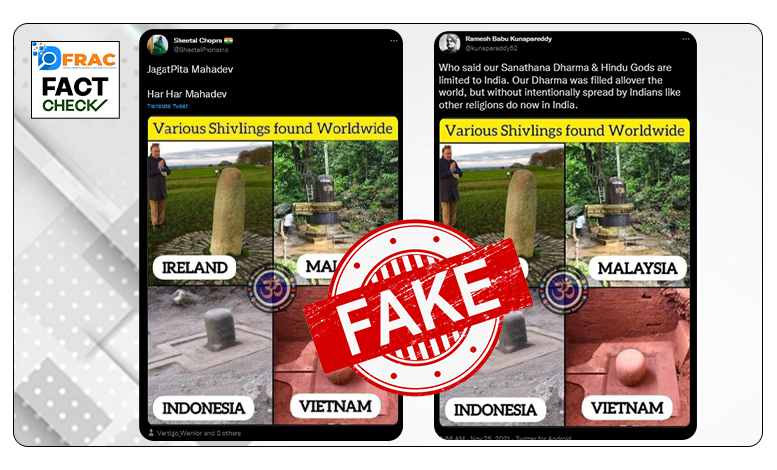 On November 29,2021, the words ‘Hindu Gods’ was trending on Twitter within which users were celebrating the fact that comedian Munawar Faruqi declared that he would stop performing live after 12 of his shows got cancelled upon threats from Hindu organisations.

Who said our Sanathana Dharma & Hindu Gods are limited to India. Our Dharma was filled allover the world, but without intentionally spread by Indians like other religions do now in India. pic.twitter.com/gHOQ8zwTxy

Historically, Malaysia, Indonesia and Vietnam have all had Hindu settlements but the monument of Ireland left us scratching our heads. We performed a reverse image search on the Ireland monument and found that it is actually called Lia Fáil, located on the Hill of Tara in Ireland.

We found various sources on the monument which is claimed to have been the place where all the kings of Ireland were crowned. None of the resources mention its Hindu connection nor do any historians claim that it is a shivlinga.

Additionally, phallic symbols are occasionally found in other cultures but to be a true representation of a Shivalinga. The stone must have a Yoni at the base, which is not present in the Lia Fáil.