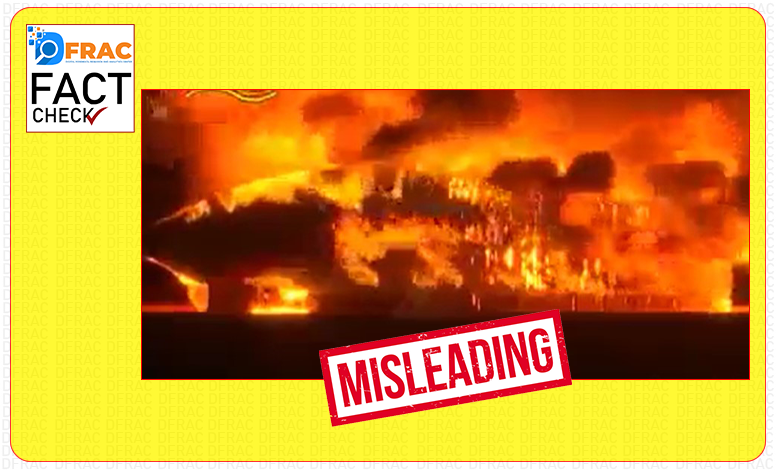 News of a plane catching fire at Hazrat Shahjalal International Airport is getting viral on social media.

Meanwhile, sharing this video, the user wrote,” After the launch, the plane caught fire and Hazrat Shahjalal International Airport caught fire.”. We found this video here, here and similarly many other users have posted this video.

On our Fact check analysis, we found that all these claims are misleading. We found no such incident of any plane catching fire at HSI Airport. The video is of a mock drill at the Airport on Friday. On doing keyword research we found reports of this mock drill. Banglatribune, jagonews24, Bangladesh post, and many others.

Moreover, A dummy aircraft parked next to the airport taxiway was set on fire for the drill. At 1:17 am, the Air Traffic Control Tower reported the fire on the dummy plane. Four minutes later, at 1:21 am, a fire service vehicle arrived at the airport to put out the fire. At the same time, the fire service vehicles of the air force also came. At that moment, an armed force of the Air Force surrounded the plane. The health department ambulance rescued the injured passengers and took them to the hospital. An Air Force helicopter arrived at the scene to rush the critically injured to the hospital. The drill ended at 1:43 am.

Hence, we found that the claims of the social media users are misleading and fake.