Fact-Check: Hindu boy set on fire because of his love affair? 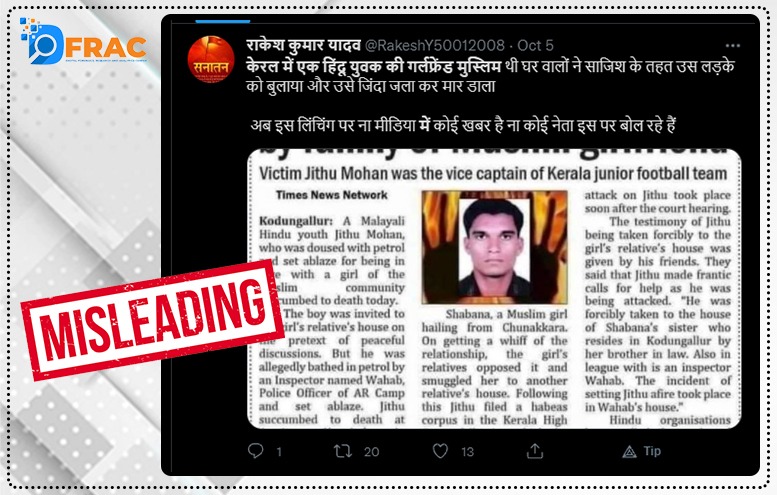 On October 5, 2021, many users on Twitter and Facebook began posting a newspaper clipping of a newspaper report on the death of  Hindu boy after he was burnt alive by his girlfriend’s Muslim family.

People seemed to claim that this incident was extremely serious and was not being reported by any major news media places.

However, when we performed keyword searches about the incident on google, we found various reports of the incident but they dated back to 2012. News18 reported that Jithu fell in love with a girl and was unable to convince her family to let her marry him. This led to Jithu attempting to self-immolate himself in front of the family by dousing kerosene on himself. Jithi ultimately died from his burns.

Since this incident took place in 2012, this claim is misleading.