Fact-Check: No, Nilkamal Plastic did not put “Pakistan Murdabad” stickers on their dustbins 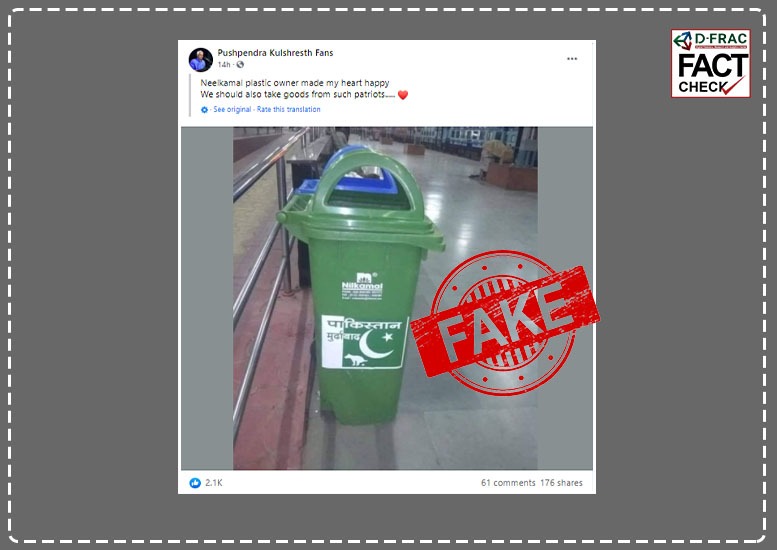 Within the last 24 hours, a post about a dustbin is going viral both on twitter and Facebook. The picture in this post is of a green coloured dustbin made by Nilkamal Plastic and below the company logo, there is a sticker that says “Pakistan murdabad”. The image is sensitive and takes a jab at religious sentiments as well.

हमें भी ऐसे देशभक्तों से सामान लेना चाहि” (translation: Nilkamal plastics have made my heart happy We should also take goods from such patriots) was posted multiple times on Facebook and twitter.

The same image was posted over and over again

Upon reverse searching the image, we found that these stickers were put on dustbins in Udaipur railway station after Pulwama attacks in 2019. We found a news report that entailed that nobody knows who put the stickers there and were immediately taken after their discovery.

Therefore, Nilkamal Plastics did not put this stickers on their products. Hence, this claim is false.