Fact-Check: Video of politician from Delhi criticizing Congress is not a member of the party 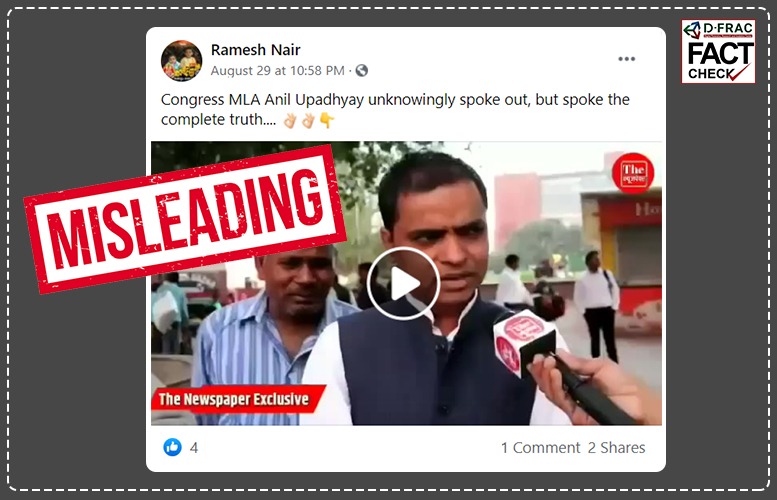 On August 29, 2021, a video from a news website called “The Newspaper” was posted on Facebook. The video and caption stated that a politician belonging from the Congress party was criticizing Rahul Gandhi and Sonia Gandhi along with the entire party on some of their actions. The caption stated that the Congress spokesperson named “Anil Upadhyay” spoke the truth about the party and urged people to make the video viral.

The video was posted by multiple handles on Facebook garnering hundreds of views.

We found the original link of the video posted on YouTube by The Newspaper. The video on YouTube has 4 lakh views.

Upon reverse searching the key frames of the video, we found that the man is not named Anil Upadhyay but Vinay Singh. He does indeed belong from Delhi and often criticizes the Congress party. We were led to a Firstpost article about Vinay Singh which had his details. Vinay Singh is a politician from Delhi and represents the Janshakti Party.

Therefore, this claim is false.