HomeFact-Check: No, the "Taj Mahal" was not a Hindu Temple

Fact-Check: No, the “Taj Mahal” was not a Hindu Temple 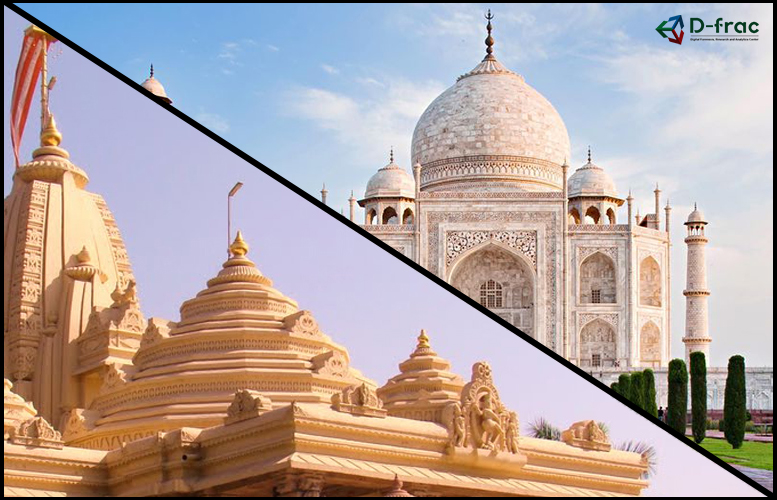 Two days ago, on a usually very populated Facebook page called “Hinduism”, a post about the Taj Mahal was made. The page has almost 92,000 followers and regularly receives fake news and subtle Islamophobic posts.

The post about Taj Mahal though, is completely baffling. The post has been posted by a user named “Shiva Shiva Shiva” and his claim is nothing short of unhinged and shocking.

In his lengthy post, Shiva goes to talk about how the Taj Mahal was previously a Hindu temple. He talks about how the architecture was changed from a Hindu domes to Islamic domes and cites some historical accounts where there were no mentions of the Taj Mahal.

Along with all of his claims, he attaches a picture of a book named “Taj Mahal was a Hindu Bhavan” by P.N Oak.

We cross reference his claims with Oak’s book and found that all a lot of what he wrote is taken verbatim from the book.

The post has 371 shares and a large number of comments who are voicing their support for this narrative and calling for the government to change history.

As baffled as we were at this claim, we tried to know more about P.N Oak’s works and why exactly he claims that Taj Mahal was a temple. Time and again, his works have been cited by people who genuinely believe this to be true. P.N Oak has a history of tracing every single act in history back to Indic roots. He even said that the Kaaba in Mecca, the Vatican in Rome, Westminster Abbey and the Notre Dame were all Hindu shrines.

P.N Oak himself took his claim to the Supreme Court who were quick to dismiss it. His books and works are often cited in petitions and fake news that is spread online about the Taj Mahal. But the final put down of his claim happened in 2015, when for the first time the Archeological Survey of India, for the first time issued an official response when a group of six lawyers filed a petition that the Taj Mahal is a Hindu temple. Dr. Bhuvan Vikrama, the superintending archeologist completely rejected the claim. ASI said that they found no evidence of a Hindu structure at Taj Mahal.

ASI has also previously rejected claims in other cases as well. Taj Mahal being a wonder of the world attracts a lot of attention. While PN Oak never found popularity and following for his theories, the nature of social media nowadays is such that fake news such as this gets peddled ever so often. This claim is completely baseless