Fact-Check: Video of executions is not of the Taliban and is old 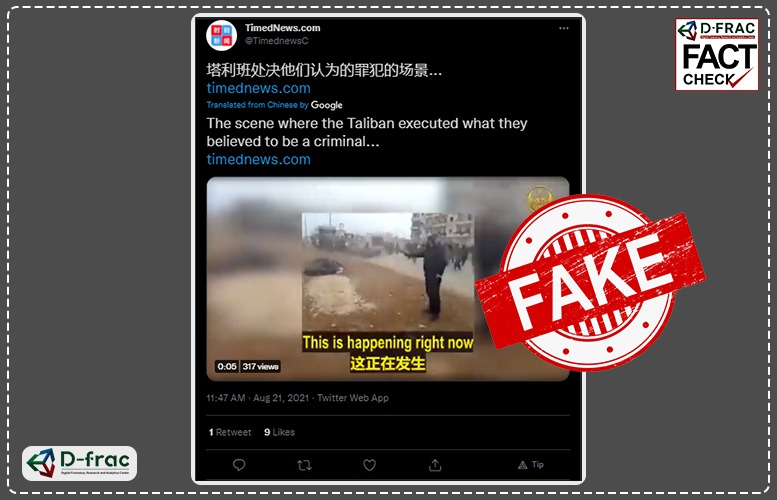 Recently, a graphic video of executions has been making rounds on social media. The video was posted by Chinese media sites on Twitter along with captions that suggested that the video was taken in Afghanistan where the Taliban were executing whoever they thought were criminals.

The extremely graphic video raised alarm bells not just on Chinese front but other parts of the world as well.

Upon reverse searching the key frames of this video we found that the first instance of this video on the internet can be traced back to 2014.

Various accounts have posted the video in 2014 claiming these executions to be conducted by ISIS, but actually, if you pause at the 31 second mark, you will be able to see the flag of Al-Nusra Front which is a branch of the terror outfit Al-Qaeda. Therefore, this claim is Fake and misleading.

Fake because the video posted is old. This is a 2014 video clip showing the executions of soldiers in the Syrian army who were held for nearly three months in the fighting for the al-Kindi hospital in the city of Qalb.

This is misleading as it is being shared with the false claim that people are being executed by the Taliban in Afghanistan. But, it has nothing to do with Taliban.