HomeOpinionIndia surpasses UK to become 5th largest economy: How realistic is the...

India surpasses UK to become 5th largest economy: How realistic is the claim? 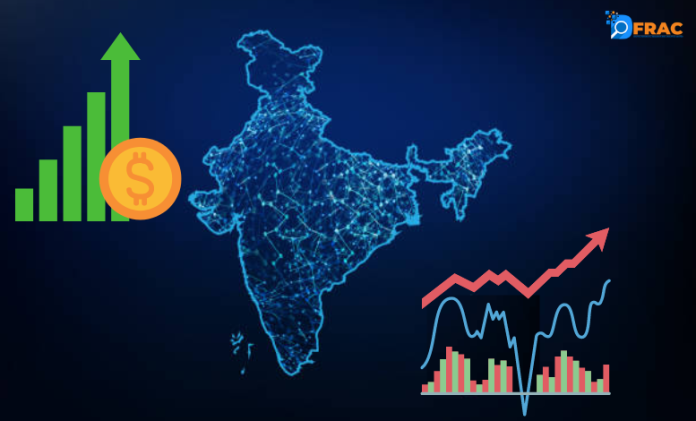 The effect of the continuous strengthening of the Indian economy is being seen. India has joined the top 5 economies due to the fast growth of the domestic economy amid the slowdown in Europe. India has overtaken the United Kingdom (UK) among the largest economies and the UK is now at the sixth position. According to a Bloomberg report, India has overtaken the UK in the last quarter of 2021 as per the calculation done in US dollars. At the same time, according to the GDP data of IMF, India has strengthened its growth in the first quarter of 2022. According to estimates, with this growth, India can soon become the 5th largest economy in the world on an annual basis as well.

Indian economy is bigger than UK
Based on the data released by the IMF and the dollar exchange rate at the end of the March quarter, Bloomberg has reported that the size of the Indian economy in nominal cash was $ 854.7 billion. The size of the UK economy on the same basis in the same period was $816 billion. It is being speculated that in the coming times, India will strengthen its edge against the British economy. In fact, the growth forecast for India has been kept at 7 percent, which is the fastest among all the major economies in the world. On the other hand, there is a possibility of a slowdown in the UK economy. In view of this, the IMF has estimated that India will overtake the UK to become the fifth largest economy in dollar value on an annual basis.

India’s GDP grew 10 times in 20 years
On an annual basis, India’s economy is worth $31.7 trillion and ranks sixth, just behind the UK. The GDP of the UK is currently at $3.19 trillion. With an estimated growth of 7 percent, India is likely to overtake the UK on a year-on-year basis this year as well. The US is currently the largest economy in the world, followed by China, Japan and Germany. India’s GDP has registered a growth of 10 times in the last 20 years.
In a significant achievement, India has surpassed the United Kingdom (UK) to claim the status of the world’s 5th largest economy, the International Monetary Fund (IMF) said. Bloomberg reported that the Indian economy was worth $854.7 billion in the March quarter, while the UK economy was $ 816 billion. However, there are some key indicators where India needs to outperform the UK.

Pandemic, Ukraine war hurdles for economic growth
Several factors, from the COVID-19 pandemic to the Russia-Ukraine conflict, have put pressure on the Indian economy and hindered its progress. Despite these issues, the country’s economy continues to grow and is performing better than forecast. According to official data, India’s gross domestic product (GDP) grew by 13.5% in the April-June financial period, the fastest in the past four quarters.

India was ranked 11th a decade ago
According to the IMF, ten years ago India was the 11th largest economy in the world. India overtook France to become the world’s sixth largest economy in 2017. The United States, China, Japan and Germany are currently ahead of India. While the UK economy is projected to shrink this year, the Indian economy is expected to grow at 7%.

Average per capita income in India is less than $2,500
According to Bloomberg, the UK and India have a large population disparity, which is why GDP per capita gives a more accurate comparison of income levels as it divides a country’s GDP by its population. Citing World Bank data, the report states that the average Indian’s income ($2,500) is significantly lower than that of individuals (over $40,000) living in the United Kingdom.

Some optimism about annual GDP levels
The UK’s nominal GDP for the April-June quarter stood at $763 billion, much lower than India’s GDP of $823 billion. India’s GDP actually only surpassed that of the UK in the January-March quarter. The IMF estimates India’s GDP to be $3.18 trillion in 2021, a little shy of the UK’s GDP of $3.19 trillion. It also said that India was expected to overtake the UK in 2022.

Britain’s standard of living far better
High levels of poverty are sometimes indicated by low per capita income. According to Bloomberg, in the early nineteenth century Britain had more people living in poverty than India. It compared India with the UK’s extreme poverty rate. However, given the current circumstances, the UK is in a much better position than India today, which has a poverty rate of less than 2%.

Britain outperforms India in Human Index
Better human development parameters can be seen as the ultimate objective of higher GDP and faster economic expansion. Indicators of health, education and standard of living are combined to form the Human Development Index (HDI). If the HDI rankings of both countries are compared, India falls in the middle category while the UK is still at a very high level.

India is taking the lead but is yet to overtake the UK
The Universal Health Coverage (UHC) index is measured on a scale from 0 (worst) to 100 (best). It is based on average coverage of essential services, including reproductive, maternal, neonatal and child health, infectious diseases, non-communicable diseases, and service capacity and access. According to official figures, India has gained a lot but Britain’s score (around 90) is still much better than India’s (around 70).