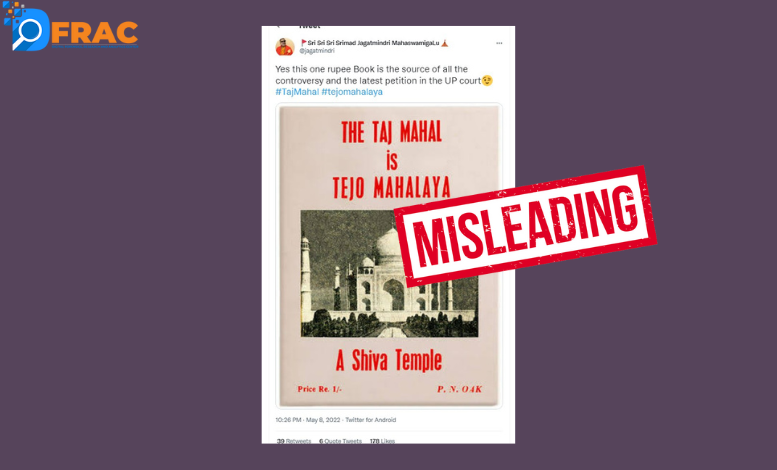 A claim is going viral on the internet that the Taj Mahal is originally a Hindu building named Tejo Mahalaya. In the support of the claim social media user @jagatmindri, tweeted, “Yes this one rupee Book is the source of all the controversy and the latest petition in the UP court.” 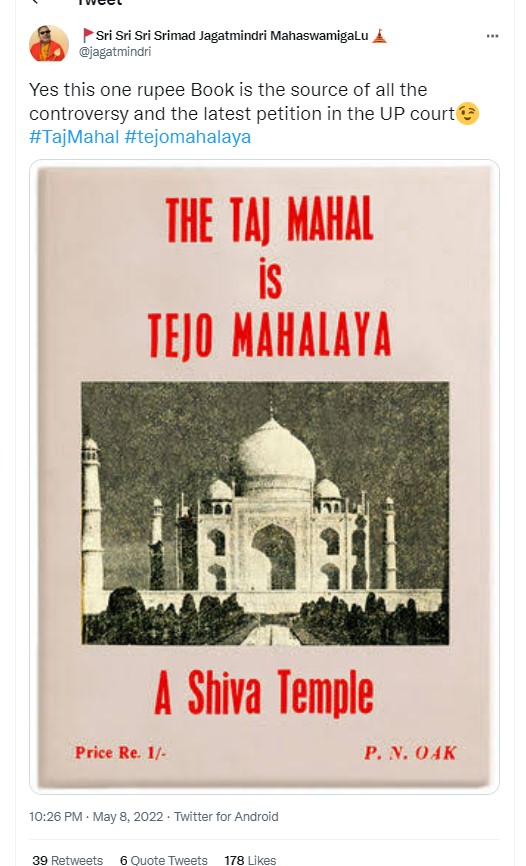 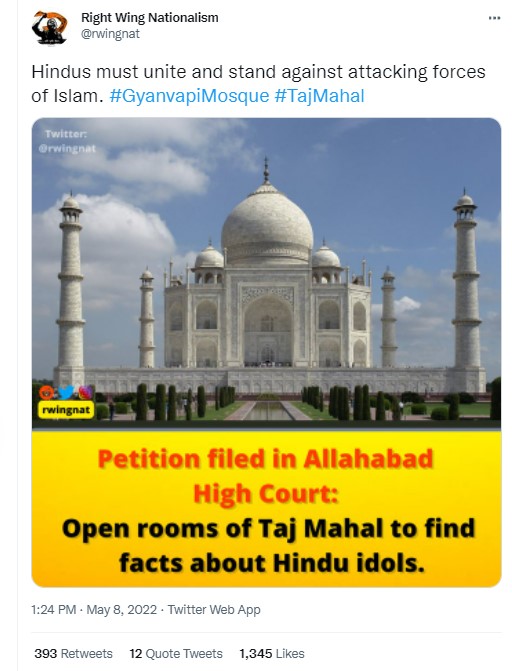 The basis of the controversy is a book named Taj Mahal: The True Story by P N Oak which was released in 1989. In the book, Oak claimed that the monument was built in 1155 AD. Since then, this controversy is going on.

Moreover, on July 24, 2020, also  giving reference to a  report of Kreately by Dilbert BJP leader Kapil Mishra tweeted, “Taj Mahal – A Hindu Temple All scientific evidence prove that Taj Mahal is Tejo Mahalaya, ancient Hindu Vedic temple For 300 years the world was fooled to believe that Taj Mahal was built by the Shahjahan. 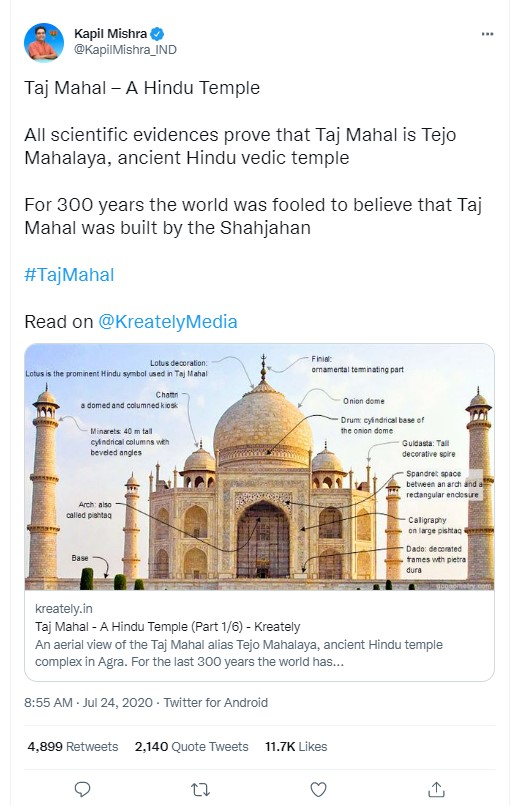 On our fact check analysis we got a report of Hindustan Times of 25 August, 2017. In the report, it was written that ASI has told the Agra court that the  Taj Mahal is a Tomb, not a Hindu building. 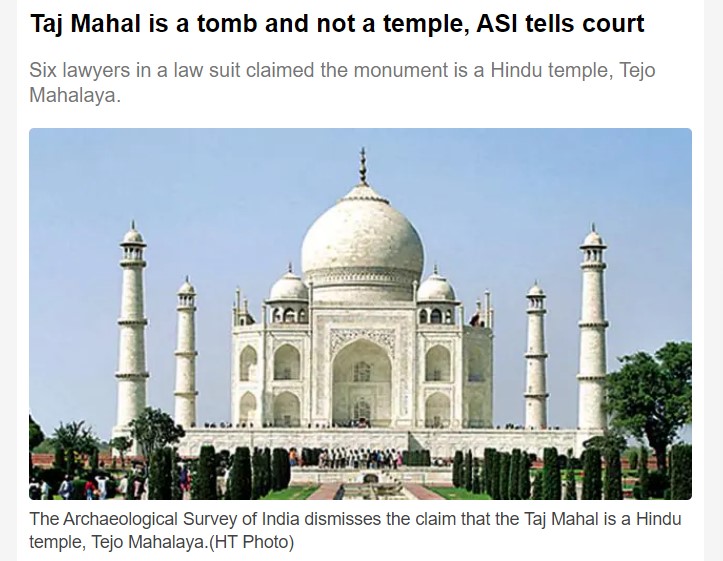 Further, a RTI was also filed in 2016 filed where the appellant wanted to know whether Taj Mahal at Agra is Taj Mahal or Tejo Mahalaya. In a response to which Central information commission released a clarification in which they have stated that there is no evidence that the Taj Mahal is actually Tejo Mahalaya.

Currently, the matter is in court. A plea is being filled to open the closed door of the Taj Mahal at the Allahabad High Court. As of now, there is no official statement of the state or ASI from which it can be concluded that the Taj Mahal is Tejo Mahalaya. Hence, the viral claim is misleading.