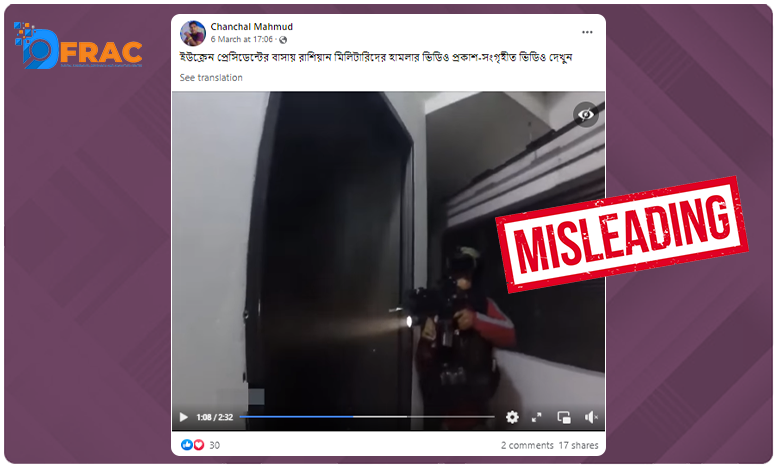 Another clip is getting viral on social media under Ukraine-Russia conflict. Chanchal Mahmud posted a video on March 6, 2020. In the video, some soldier were charging in the house and the video was of 2 minutes, 32 seconds. He claimed that it was Russian army attacking in the house of Ukrainian President. 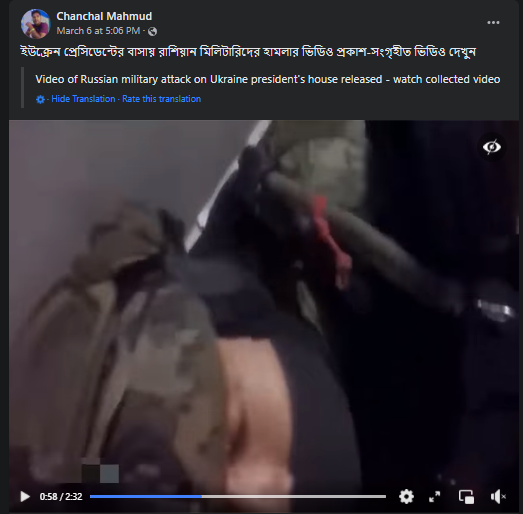 After Google image search, we found the whole video on The Street Journal official YouTube page. The video was posted in 2016 and captioned it as the raid occurred during the arrest of Joaquin “El Chapo” Guzmana. He is formally known as drug lord in Mexico.

Therefore the claim over the video is misleading as it has no connections with Ukraine-Russia Conflict.

Conclusion: the claim is misleading