Fact Check: Did LK Advani gets emotional over the movie “The Kashmir Files?” 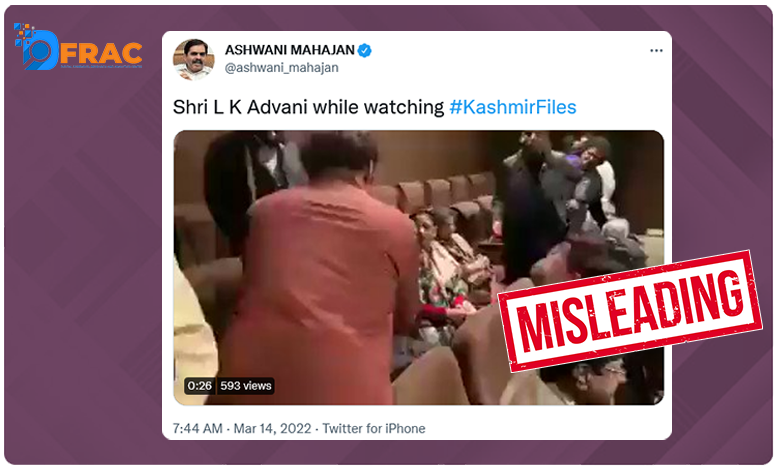 Since its release, the Kashmir files are doing good on the box office. Lot many people are seen as emotional over this movie as it shows the brutal reality of the exodus of Kashmiri Pandit from the valley in 1990.

Meanwhile, a clip is getting viral over social media of BJP leader LK Advani . He is seen getting emotional at a movie theater.

After we researched this video, we found that this was the video shared by Vidhu Vinod Chopra directorial. He shared a video on Instagram where Advani was seen in an emotional state and could be seen trying to hold back tears post viewing the film.

The video was uploaded with the caption, “Shri L K Advani at the special screening of #Shikara. We are so humbled and grateful for your blessings and your appreciation for the film Sir.”

The news was also covered by The Indian Express under the heading, “LK Advani’s emotional response to Vidhu Vinod Chopra’s Shikara.” 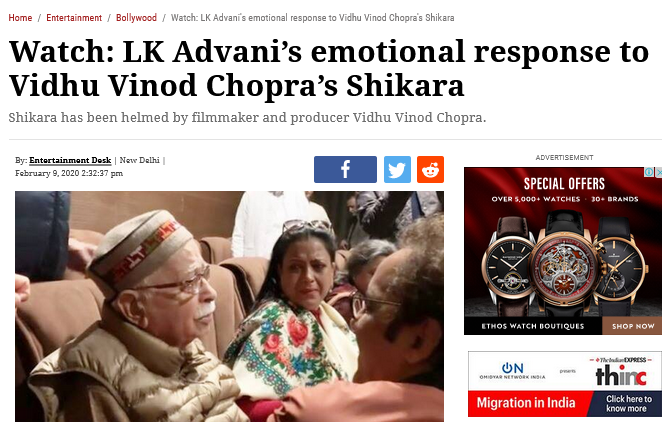 Hence, the video of LK Advani getting emotional is actually of the movie Shikara which was too based on Kashmiri Exodus. Not The Kashmir Files.

Claim Review: LK Advani gets emotional over the movie “The Kashmir Files.”

Claimed by: many social media users.

Previous articleFact check: Fake videos of children from the Ukraine war situation got viral on the Internet.
Next articleFact Check: A Fake Picture Of New York Stock Exchange Got Viral After BJP’s Victory.