The first phase of voting is to be held on February 10 for the Legislative Assembly elections in Uttar Pradesh. Chief Minister Yogi Adityanath is busy campaigning in full swing for the return of BJP to power in the state. Recently, he held a rally in Ghaziabad, in which he accused the Samajwadi Party of instigating the Muzaffarnagar riots.

In the rally, he targeted the former Akhilesh government and said that Hindus were Shot with guns in the Muzaffarnagar riots. More than 60 Hindus were killed and over 1,500 were jailed.  CM Yogi also posted this allegation on Twitter and Facebook.ages got empty. This is the ‘identity’ of SP (Samajwadi party) Yogi claimed. 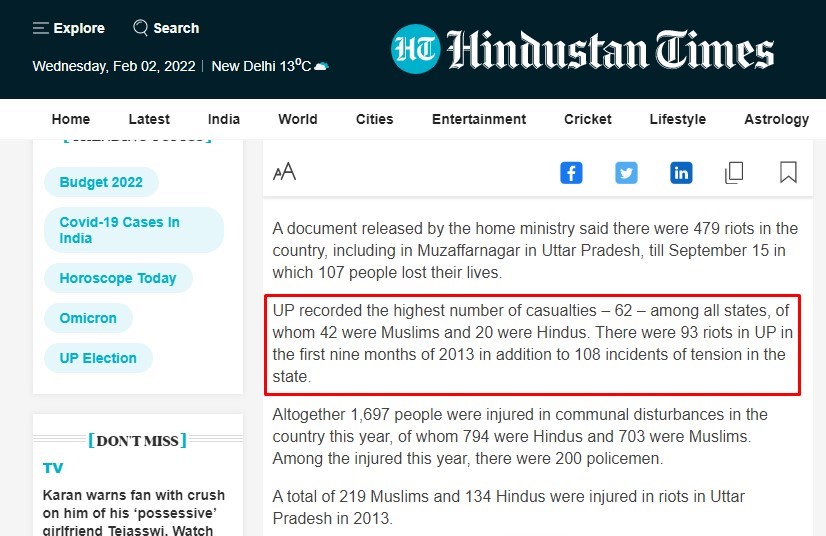 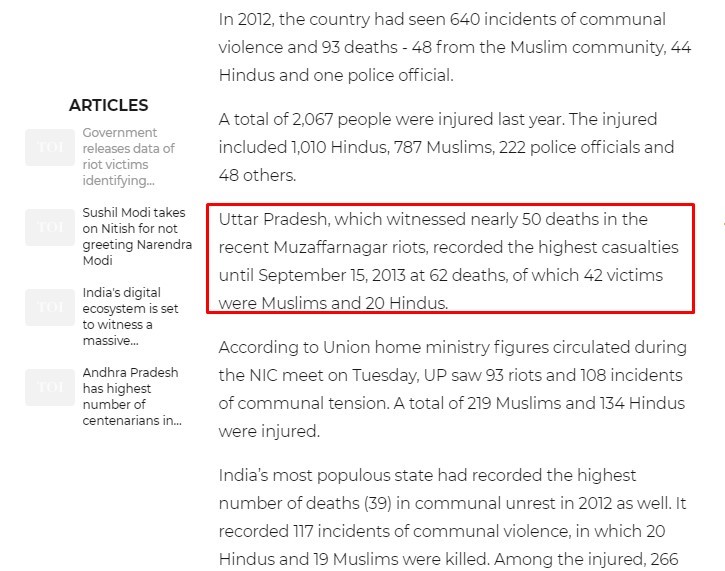 On checking the above claim of CM Yogi Adityanath, we found reports of Times of India

, The Economic Times, and the Hindustan Times, Which was told that a total of 62 people died in the Muzaffarnagar riots. Among the dead, 42 were Muslims and 20 were from the Hindu community.

The claim of CM Yogi Adityanath that 60 Hindus were killed in the Muzaffarnagar riots is false.

Previous articleFact Check: Did NDTV make a misleading headline regarding Corporate Tax reduction?
Next articleFact check: Did Trudeau advise to make no communication with the unvaccinated?