The alienation and electoral politics behind Dharma Sansads 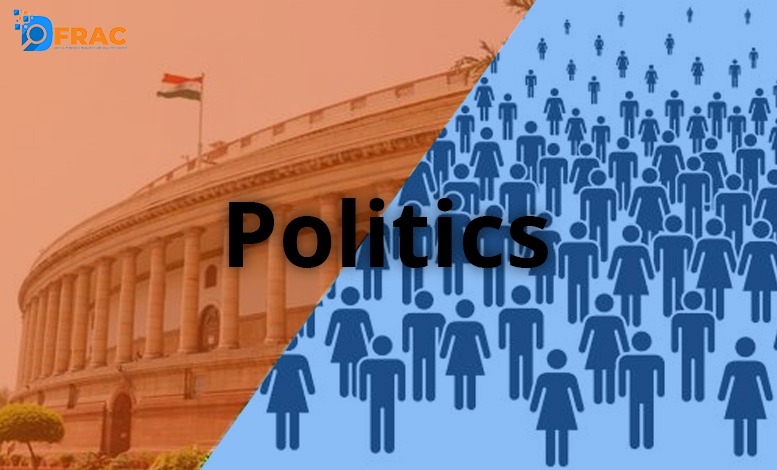 At present, two inflammatory speeches have shocked the current social space in the country. Two Dharma Sansads were organized. First at Haridwar of Uttarakhand and second at Raipur of Chhattisgarh. In the first, the killing of Muslims in Haridwar was declared to be necessary for the protection of the Hindu religion and Mahatma Gandhi was abused in the Dharma Sansad of Raipur and called responsible for Partition.
The person who had abused Mahatma Gandhi has been arrested in Raipur and shifted, charged in Pune while I am writing this article, people of right-wing politics and its affiliated saffron organizations stand in favor of the person who abused Mahatma Gandhi outside the court in Raipur and raised slogans of Jai Shri Ram.
None of us should have the slightest doubt that whatever the name of their organizations may be, they all work for the sole goal of bringing the BJP to power. Organizing these Dharma Sansads and inciting hatred through them is a well-thought-out programme of right-wing saffron politics.
You can see the many proofs of support to these haters. The BJP minister of Madhya Pradesh has opposed the arrest of the person who abused Mahatma Gandhi in the Raipur episode. Similarly, in Uttarakhand, the police there have not even made arrests against the people who called for violence and slaughter. However, by registering an FIR against the likes of Wasim Rizvi (now Jitendra Singh), it has given a glimpse of its intentions.
Uttar Pradesh elections are ahead. UP is considered the stepping stone to the throne of Delhi. If UP goes out of hand, then next time the throne of Delhi can also slip out of the hands of the BJP. That’s why the saffron push is needed to invite Hindutva and carry forward the hyper politics of nationalism.
Prime Minister Narendra Modi, whose image the BJP government spent billions of rupees in the media, to project as a strong leader, was forced to decide on sending them home with folded hands in front of the farmers.
Modi and Yogi’s governments have failed on multiple fronts making unemployed youth. bank workers, doctors, and teachers angry.
In such a situation, the BJP is left with only one weapon, which has always been its Brahmastra and that is to fight the elections on the communal issues and invoke the brand Hindutva.
For this, the BJP has started unraveling its tricks. Haridwar’s Dharma Sansad is a piece of the same trick. The issues of religion somehow scare the person from inside and how he starts thinking of the goons as his savior as well. BJP is well aware of this psychology, so it keeps on preparing its narrative through rhetoric and paid trolls of the IT cell.
Secular parties run down, gasping, coughing, running to get ahead of the BJP, in which their leaders sometimes go to the temple. Sometimes they display Janet. Sometimes Brahmins hold conferences. Sometimes they start making announcements to install idols of Parashurama.
But people like Yogi Adityanath, Amit Shah, and Narendra Modi win the race based on that fear of Hindus by instilling fear in the hearts of the public and showing themselves to be more fearful than the one who scares them.
Farmers have given the politics of this country a chance to recover. Their movement has proved that no matter how Hindu-Muslim or Indo-Pakistani atmosphere has been made, yet if you have political understanding and patience, you can push back even the fascists.
Now, the question is whether secular parties in this country talking about farmers and laborers can take advantage of this learning from the farmers in making their election campaign manifesto or narrative.
Issues like negligence in Corona, bodies found floating in Ganga, government atrocities during CAA NRC, their killings, illegal attachment of houses, and running of bulldozers can be the reason for saffron defeat. But in the entire election campaign, the way the political parties are avoiding taking the names of minorities, they are avoiding making the atrocities against them an election issue, it is the victory of the saffron narrative, it is the victory of its hate politics.

In India, through these Dharm Sansads, a section among Hindus is being created, which considers minorities as their enemy. They not only burn the effigy of Jesus but believe the survival of Hindus is possible only by eliminating minorities. The section that propagates hate not just towards other religions, but towards liberals and intellectuals (read JNU). It puts women seeking equality on shameful and condemnable apps. It calls human rights activists Urban Naxalites. The same section is angry all the time, scared, and engaged in an imaginary battle. For that saffron power is the commander of that imaginary battle, so necessary to support those in power and anyone who questions the idea is anti-Hindu and anti-Bharat.
If political parties do not even have intellectuals and political thinkers of this caliber, who can prepare its counter narrative, then the politics of India is in deep trouble. But then alternative ideologies only can emerge in a democratic system and the result of the forthcoming elections will set the tone for the future of this country.

Previous articleFact Check : Are Images Spreading Over The Verdict of R Sakkarapani Real?
Next articleFactCheck: Is Shivpal Yadav All Set To Join BJP?

The strange anomaly is that we know a lot...

Walking tightrope across the path of truth & false

In the post-truth era, the world of social media...

Will it be correct to classify fake news as crime? Maybe not

The issue of fake news came to the foreground...

How to decipher truth when communal pot is on the boil?

From Communal riots in cities of several states on...