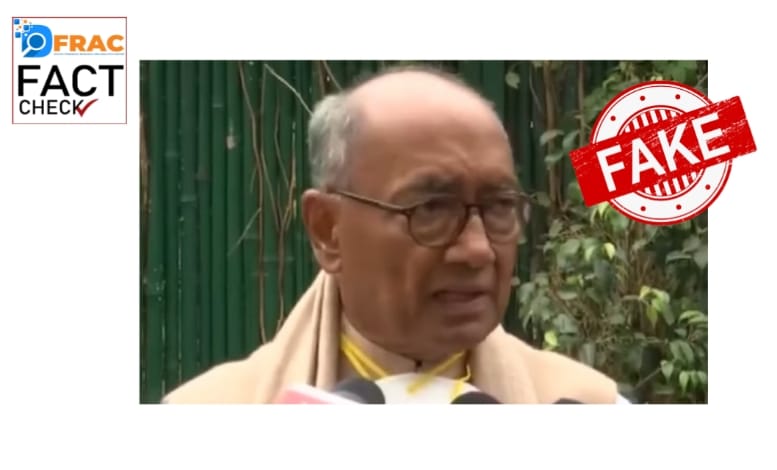 Senior Congress leader and former Chief Minister of Madhya Pradesh Digvijay Singh often remains in the headlines due to his statements. His statements are immediately caught by the BJP, RSS, and the media. He is once again in the headlines. One of his speeches is becoming very viral on social media. Sharing this speech, it is being claimed that Digvijay Singh has said that there is no harm in eating beef.

Social media users are sharply criticizing him by sharing this video, as well as demanding an apology from him.

To check the video going viral, we did some keyword searches on Google. However, no further information was found there. After this, we searched “Digvijay Singh on Cow” on YouTube. Then we found a video link of HW News published on 26 December 2021. After opening the link, we found his speech, which is going viral on social media.

Digvijay Singh had addressed the public awareness campaign meeting of Congress on December 25 at Tulsi Nagar Narmada Mandir Bhawan in Bhopal. In the video link at 1:30 to 2:20 minutes, he is  saying that “Savarkar wrote in his book that Hinduism has nothing to do with Hinduism. The cow is such an animal that rolls in its feces, where can she be our mother and there is nothing wrong with her eating beef.

During this, Digvijay Singh also confirms that everyone knows about Savarkar by raising his hands from the people present there. So one thing is clear here that he was making this statement by referring to the book written by Savarkar. Hence, the claim made by social media users on him is false and fake.