Fact-Check: Sudarshan News yet again puts a communal angle on a viral video 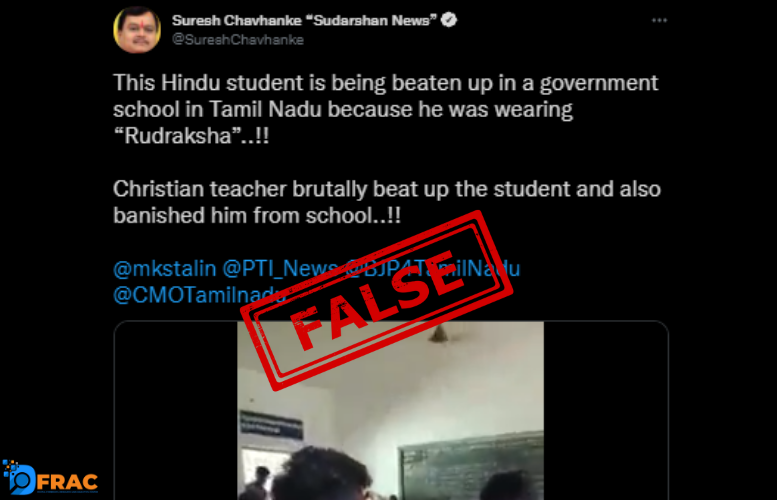 On October 17,2021, Suresh Chavhanke, Editor-in-Chief of Sudarshan News, posted a video of what looks like a classroom in which a teacher is brutally beating up a student, grabbing him by his hair. The video is disturbing and looks to be filmed secretly by other students.

The video was posted by Suresh Chavhanke and the official handle of his news channel with the claim that the boy was being beaten up simply for wearing “Rudraksh” to school.

Upon performing keyword searches we found various news reports on the incident. According to them, the incident did indeed take place in Tamil Nadu. However the police found that the boy was being beaten up by the teacher for not attending his classes. However, Sudarshan News put a communal spin on the incident to push their own agenda