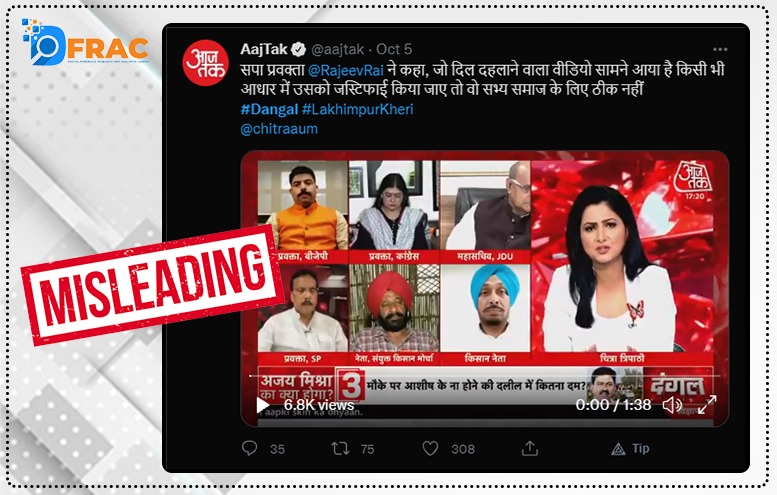 In the last few days since the violence at Lakhimpur, Kuldip Singh Dhaliwal, a spokesperson for BJP has been invited to be a part of a panel on both Zee News and Aaj Tak.

In both instances, he has been labelled as a ‘kisaan neta (farmers’ leader)’.

The official twitter account of Kisaan Ekta Morcha also raised the same question and condemned this act by the news channels.

Therefore, this claim is misleading.