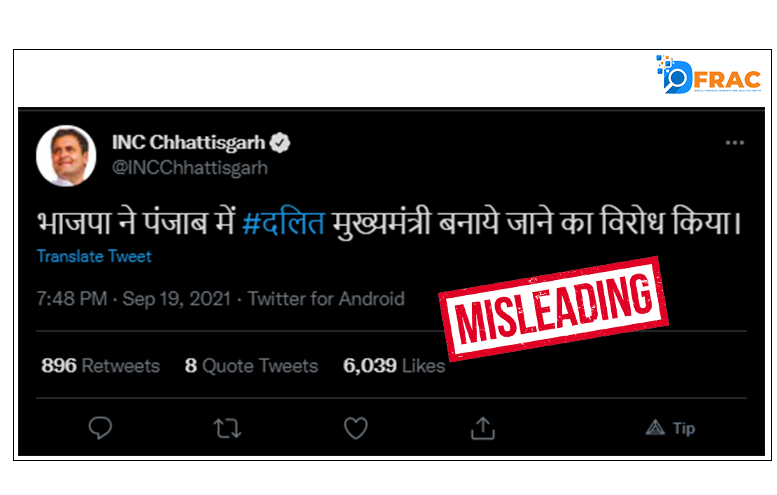 As the new CM of Punjab, Charanjit Singh Channi prepares to take oath, the BJP party has raised some questions over the selection of Channi as the leader in Punjab.

The Twitter page of INC Chhattisgarh caught a whiff of this and posted a claim on Twitter that BJP has opposed the selection of a Dalit candidate for the post of the chief minister.

The claim was then copy pasted and posted by several other users in order to make the claim go viral.

Upon researching the claim, we found that the phrasing of this claim is misleading. Amit Malviya, the IT Cell head of the BJP put out a statement on Twitter bringing up Channi’s 3 year old sexual harassment case, where he sent lewd texts to a female IAS officer.

This statement was however given a casteist tone by INC Chhattisgarh who completely disregarded why BJP was criticising the pick but rather made it about his caste.