Fact-Check: Did the Queen of England meet RSS workers? 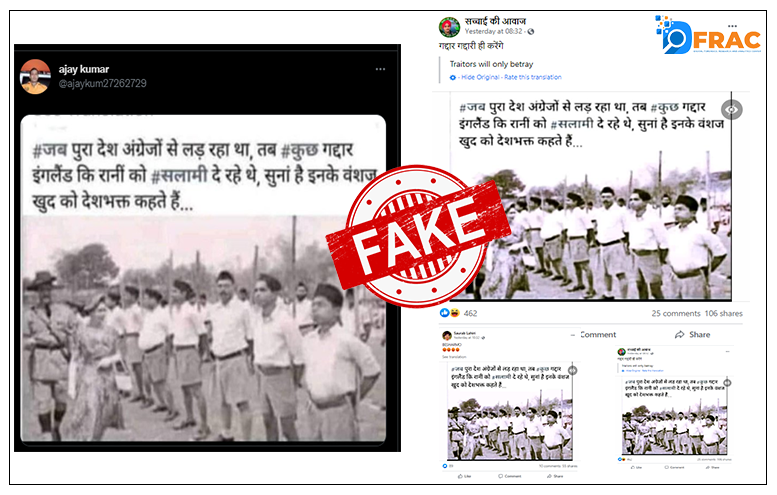 On September 19,2021, a black and white image of RSS workers and Queen Elizabeth started to go viral on Facebook and Twitter.

The posts claimed that RSS workers were conspiring with Queen Elizabeth during the independence struggle.

Upon reverse searching the image on google, we found that the image has been morphed using two different images.

The picture of RSS workers standing in a line was found on Wikipedia’s archive from 2008.

The image of Queen Elizabeth was also found in an archival post by Getty Images.