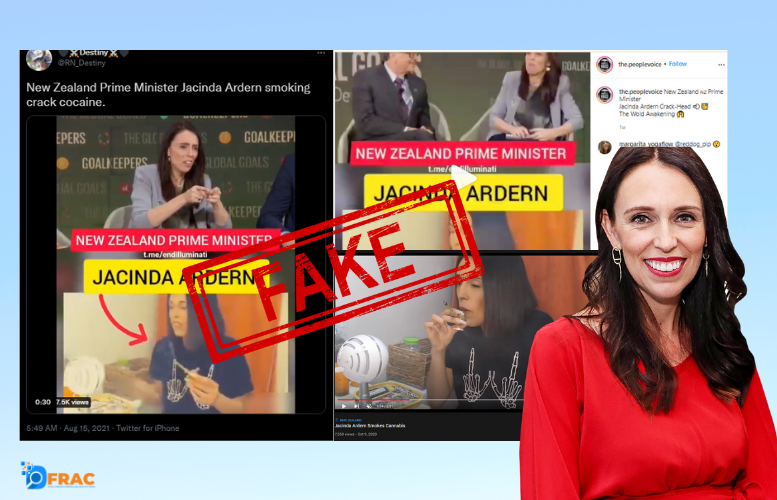 In the last few months a video has been circulated all over the internet showing New Zealand’s Prime Minister Jacinda Ardern smoking marijuana through a glass pipe.

The video was shared everywhere including Facebook, Twitter, Instagram and Youtube. Ardern as in the past agreed to the fact that she has consumed cannabis in the past and for many, this video was a confirmation of that.

The first video is the frame of Jacinda Ardern at an event organised by Bill and Melinda Gates Foundation. You can watch the full video here.

The video of Ardern doing drugs looked real to us at the first go. We however performed a keyframe search on Google and found the original video posted by a channel called Genuine Fake which is known to make deepfakes of politicians.

This particular deepfake was posted on October 9, 2020.

Here is a side-by-side comparison of the same videos.

Since the video is clearly a deepfake, this claim too is fake.