Fact-Check: Child prodigy is from Iran and not Pakistan 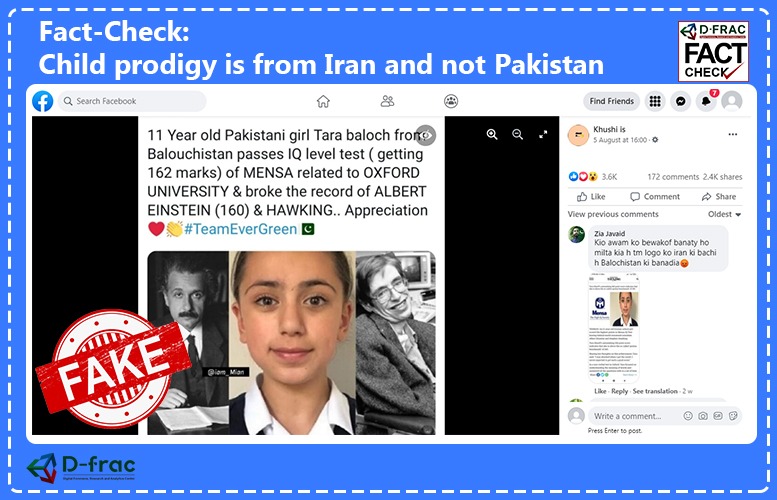 On August 5, 2021, a Facebook post about a child prodigy began to go viral on Facebook. The posts claimed that an 11 year old girl from Pakistan called Tara Baloch passed an IQ test administered from Mensa scoring 162 points. The post also claimed that this score is higher than that of Stephen Hawking and Albert Einstein.

Upon reversing searching the image, we found that this girl’s name is Tara Sharifi, who in 2019 scored 162 marks on Mensa’s test. Various news media outlets in the UK covered the news as Tara is an Iranian living in England.

Additionally, the claim that she scored higher than Albert Einstein and Hawking is also false and there is no known record of them ever taking an IQ test.

Therefore this claim is not only misleading, but fake as well.