Fact Check: Truth behind the viral picture of the demolition of a Mosque by Taliban in Pakistan 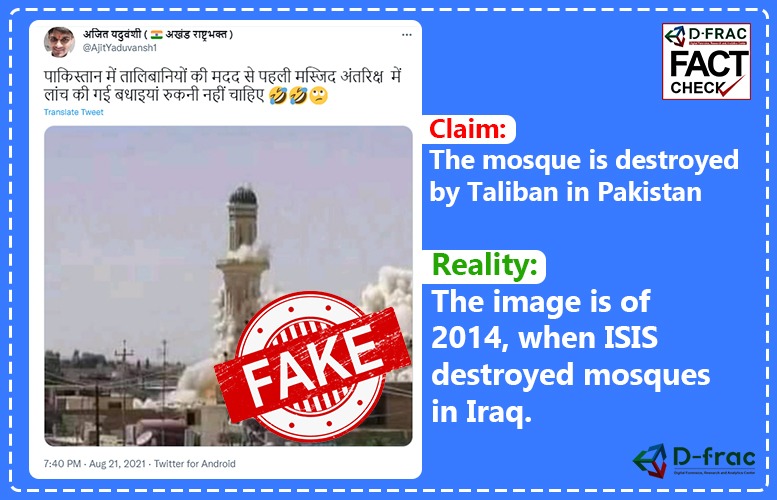 Claim: A picture of the destroyed mosque is going viral on social media with the claim that it is a mosque in Pakistan which was demolished by the Taliban.

After that, the false claim was then amplified by 19 other Twitter users by copying the same text and pattern.

In this, अनिल गौड़ tweeted the same thing thrice as a reply.

These accounts haven’t even changed the sentence that was framed. Just copied and forwarded the same content.

A simple reverse image of the viral image revealed that it was a picture of a mosque destroyed by ISIS in Iraq.

Conclusion: The above image is not in any way related to the incident as specified in the viral tweets. This is an old picture from 2014 when ISIS was destroying Sunni shrines and Shia mosques. The picture is not of any mosque in Pakistan.