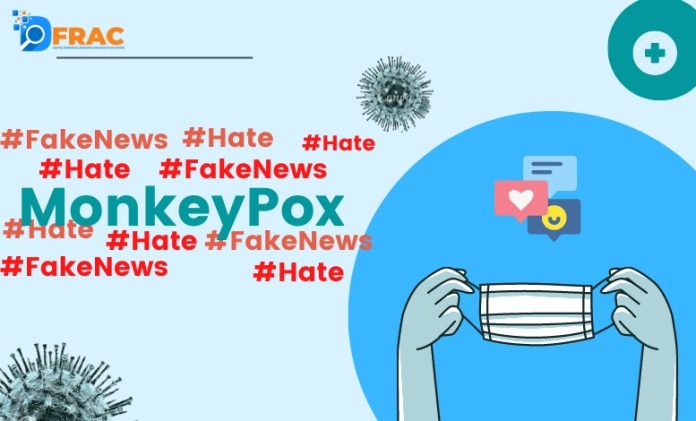 The war with Corona is not even over yet, and a new virus has raised health concerns among people globally. It has been almost three years and still, people have not fully recovered from COVID-19. Now, a virus called monkeypox is suddenly spreading rapidly around the world. Several rumours are being spread about the monkeypox virus as of now, very much like the situation was during the early COVID-19 days. Health experts say that it is important to inform people about the right information so that myths are busted early and no panic is created.

Monkeypox exists
This virus has been in existence since 1958. Since the 1970s, we have known that it can also be transmitted to humans. This disease has flared up from time to time but it has been confined to West and Central Africa. This disease is still spreading in Nigeria, where since 2017, 500 cases have been registered.

Let us know about those myths and information related to monkeypox:

Can a person get infected with monkeypox virus by eating meat?
Many types of misinformation related to the monkeypox virus are being spread on social media. In such a situation, there is confusion among the people about this virus. According to health experts and WHO, eating meat alone cannot cause monkeypox! But if an animal is infected, their consumption can spread the virus, but eating healthy, well-cooked meat would not cause any issues.

Are monkeypox cases increasing among gay and bisexual people?
According to several reports, it has been confirmed that there has been an increase in the cases of monkeypox among gay or bisexual men, but according to experts, the virus does not discriminate against infecting anyone. According to Dr. John Brooks, chief medical officer of the CDC (US Centers for Disease Control) Division of HIV/AIDS Prevention, during a conversation with CNN, anyone can be infected with monkeypox. It has nothing to do with bisexuals or homosexuals. Let us tell you that there is no threat or restriction on the gay community in America.

Is monkeypox outbreak increasing due to COVID-19 vaccine?
There was a rumour among people in Britain that monkeypox is spreading due to AstraZeneca’s Covid vaccine. People said that through this vaccine, there is an increase in the cases of monkeypox among the people. But experts have debunked this bogus theory and asked people to stop spreading this rumour.

Is monkeypox more dangerous than COVID-19?
According to the WHO, caution is needed with this virus, although the World Health Organization has not said that it is more contagious than the corona. Dr. NK Arora, chairperson of the National Technical Advisory Group on Immunization (NTAGI) COVID Working Group said, “Monkeypox is not as contagious or serious as COVID. However, its prevalence is a matter of concern.”

Did the monkeypox virus originate from a laboratory in Wuhan?
The Wuhan-based Virology Institute is said to have conducted experiments on monkeypox viruses. For some, it is a clear indication of the origin of the existing disease. This is reminiscent of the “lab theory” of Coronavirus. Scientists say that it is not so, but it has not been completely rejected either. Experiments related to PCR testing of the viruses were of course done in Wuhan. This is undeniable. This published study by the institute in February 2022 also makes it transparent. But in this study, only a fraction of the virus was used in which only one-third of the monkeypox genome was used. According to the study, that part was completely safe because any risk of getting infected was once again eliminated.
Mark Slifka, immunologist and professor at the Oregon National Primate Research Center said, “There is no evidence that monkeypox originated from a lab. In many countries in central and western Africa, it is found around animal dungeons, and in nature. There have been sporadic infections in humans more or less every year.”
He also says that by sequencing the genome, scientists can also differentiate between different strains of the virus. This helps them to establish whether the virus is related to the West African strain of the virus or the Central African strain. According to him, “To my knowledge, none of the initial infected cases were anyone who had previously traveled to China.”
The World Health Organization has also confirmed that all current cases are linked to a strain of monkeypox virus found in West Africa. According to a pamphlet published by the European Center for Disease Control, the increase in cases of infection with monkeypox in Europe is probably due to spreader events. Such cases were also seen when the virus got infected even in mutual sexual contact with men. Because monkeypox is basically spread through direct contact with mucus.

What is the right approach?
Meanwhile in India, the first and only monkeypox case so far has been found in Kerala in a patient who recently returned from the United Arab Emirates. The state government is at present tracing all those who came in contact with the patient. The central government has also issued several guidelines in connection with the disease.
Therefore, it is absolutely advisable to follow the government norms rather than fall for rumours and myths.