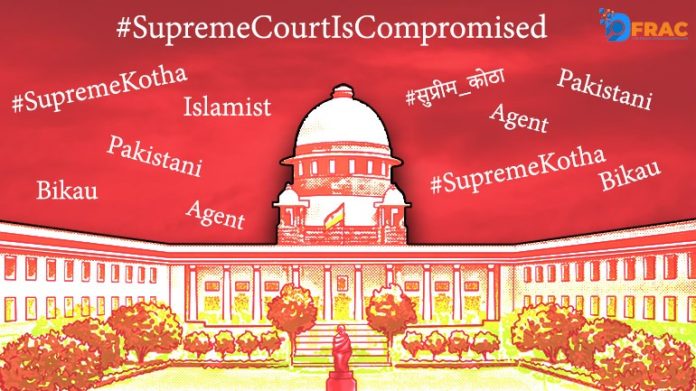 The controversial statement of the suspended BJP spokesperson Nupur Sharma on Prophet Mohammed has created an atmosphere of unrest in the whole nation. The matter has reached the doors of the Supreme Court. On hearing the matter, Justice Surya Kant and Justice JB Pardiwala of the Vacation Bench reprimanded Nupur Sharma fiercely. The bench said that Nupur Sharma has provoked the sentiments of the people and she is completely responsible for whatever is happening. The bench also said that Nupur Sharma has created a threat to the security of the country. The court also held that Nupur was responsible for the murder in Udaipur.

After these harsh remarks of the court, people created an uproar on social media. Users started commenting on this in their own way. Many people were posting in support of the court’s observations. On the other hand, extremist groups have launched a campaign against the Supreme Court. After the court’s remark the hashtags like,” #Supreme_Kotha” and “#SupremeCourtIsCompromised” started trending on Twitter. This is for the first time that these types of derogatory and demeaning words were openly used on social media against the Supreme Court and the judges. Whereas, two days before the Supreme Court’s remark on Nupur Sharma, the decision on Maharashtra was also given. This decision of the court was criticized in many quarters expressing displeasure. But, no such words were used by then.

The timeline of hashtags running on Twitter for #SupremeCourtIsCompromised and #Supreme_Kotha is given below. The timeline of these hashtags grew from June 30 and was at its highest on July 1 with nearly 19,000 tweets and 3156 replies on the hashtag. After this, there was a decline in these hashtags in the coming days.

The first tweet was on June 28 at around 8:20 pm by @Sarvada_Satya which was a quote tweet by Kapil Mishra(@KapilMishra_IND). @Sarvada_Satyai has two verified followers, who are @OmkumarMla and @gyantiwaribjp, both of them claim to be associated with BJP.

This was followed by the launch of the hashtag #SupremeKotha on July 1. The Hindi hashtag was started by a user named @iamManishIND at 11:35 am. After this Prashant Umrao (@ippatel) and Gyanendra Singh (@gyanendramla) tweeted with this hashtag.

The graph below mentions the accounts that were mostly tagged in tweets containing these hashtags. @NupurSharmaBJP was mentioned maximum times with more than 600 times. After that PM Narendra Modi @narendramodi was tagged 540 times. Apart from this, @KirenRijiju was tagged more than 400 times by Twitter users.

The graph below includes the hashtags that Twitter users were trending. The hashtag #SupremeCourtIsCompromised was used maximum times. This hashtag was used by social media users more than 34,000 times. Other hashtags trending with this hashtag #Supreme_Kotha was tweeted over 7,800. Apart from this, #NupurSharma and #BlackDayForIndianJudiciary were also trending on Twitter with a large number of tweets.

Accounts Interacted the Most

Below is the graph of the users who tweeted or replied the most on the hashtags. At the top, @rjs32826722 tweeted with almost 130 tweets on the hashtags, this account is following Yogi Adityanath (@myogiadityanath) and also is followed by BNN Newsroom (@BNNPK) of Karachi, Pakistan. @shivmoh10602312 has done 118 tweets and is getting followed by Surendra Narayan Singh (@SNsinghmla) and Piyush Tiwari (@PiyushTiwariNew), who are both from BJP. @orrko_ with around 115 tweets.

Some of the bot accounts also participated in amplifying the hashtags, for example, @orrko_ who is one of the top accounts who tweeted the most on the hashtags. The copy-paste pattern and the frequency of tweets clearly shows the bot activity. The below collage shows some tweets of the account done on repetitive pattern.

Below is the wordcloud where it shows the words which were used maximum number of times.

Some of the 108 accounts which were created are shown below

Below are some tweets of the bot accounts created on 1st July.

Memes on Supreme Court by The Jaipur Dialogues (@JaipurDialogues)

After analyzing the derogatory hashtags and against the Supreme Court of India, several facts are coming to the fore-

Our analysis reveals that social media was targeted in a mobilized manner after the Supreme Court’s remarks on Nupur Sharma. Social media users have insulted the court by using words like Kotha and have also raised questions on the fairness and justice system of the court by using the hashtag #SupremeCourtIsCompromised .

Even before this, the decisions of the Supreme Court have been criticized. People have also expressed dissatisfaction with the court’s decisions. But this is the first time that abusive words were used against the Supreme Court in public and a campaign was run on social media in an organized manner. Criticisms do happen in a democratic system, but using abusive words is not considered a part of criticism. 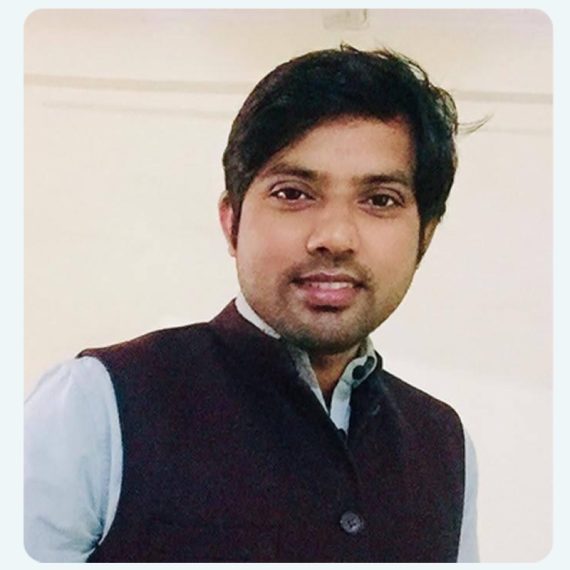