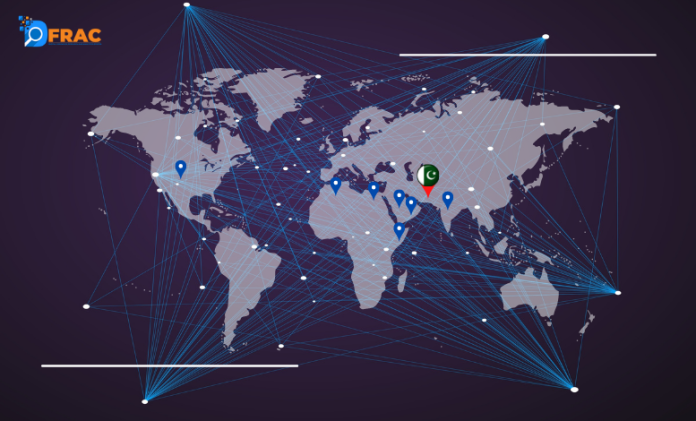 The derogatory remark of Ex-BJP member Nupur Sharma on a TV debate was criticised all over the country as well as internationally. After the controversy caught fire, BJP suspended Nupur Sharma and expelled Naveen Jindal. Further, more than nine people were booked in the ongoing Prophet Row controversy. Along with the severe criticism, many imposters on social media running on different agendas got a new topic to work upon.

In this DFRAC Exclusive Report, we have holistically covered some of these fake accounts and trends related to this controversy. We have broadly categorized our report into five sections:

The Repercussion on the Prophet Row

As of now Iran, as well as Qatar, have released statements that they are satisfied with the Indian government’s actions against the leader who made the controversial remark about the Prophet Mohammed. But, hate-mongers like Khaled Beydoun, Moinuddin Ibn Nasrullah, and Ali Sohrab got another opportunity to spread hate and communalism.

Khaled Beydoun started posting with the hashtag #BoycottIndianProduct and also dragged the issue of Kashmir in between.

Another hate monger, Moinuddin Ibn Nasrullah also shared a lot of hateful tweets. In one of his tweets, he called Polytheists impure and only understand the language of power.

No matter how sensitive the matter is, fake and false news always find their room. In this matter also, There are a lot of baseless and misleading news which are playing with the minds of people.

Social media users have shared many deceptive images and videos of crowds with the claim that the crowd is gathered as a protest against the derogatory remark on Prophet Mohammed. In one such post a user @Masum_assadi, has tweeted, “Today in Bangladesh After Jumma all Muslims against Modi For our love prophet Muhammad Sallallahu alaihi wa sallam.” But, the images shared by him are of 2020. According to a report of OpIndia, these images are of an incident where Fifty thousand Islamists take to streets, threaten to destroy French Embassy in Dhaka if still open after 24-hour ultimatum. Many other old picture and videos were shared with the similar misleading claim.

Many other deceptive images and videos are used with false claim that the false. But, in reality the video is from Yemen showing a sea of crowd gathered to celebrate the birth of Prophet Mohammed.

Similarly, several media houses including Pakistani Ary news had run wrong news that Oman’s grand Mufti announced Boycott of Indian Product. Although, he had criticized the remark on Prophet Mohammed and asked all Muslims to unite against it. But, the claim that he started the Boycott India trend is misleading.

Further, a fake screenshot in the name of English cricketer Moen Ali in which he is talking about boycotting IPL also went viral.

Actress Kangana Ranaut wrote on her Instagram handle against the CEO of Qatar Airways in response to a viral spoof. She later deleted her tweet as the video was fake. But, she gave social media users another chance for trolling.

Below are the top hashtags, that were used in this trend. Some of the hashtags that were used mostly includes, #الا_رسول_الله_يا_مودي, #Stopinsulting_ProphetMuhammad, #boycottindianproduct and #arrestnupursharma

Below is the wordcloud depicting the words that were majorly used in the hashtags. Some of the top words include: “Prophet Muhammad”, “Muslim”, “BJP”, “Modi”, “Insult”, “Terrorist”, etc.

Below is the graph depicting the accounts which were majorly mentioned in this trend. Some of the accounts include: @narendramodi was mentioned more than 1,200 times followed by @NupurSharmaBJP and @naveenjindalbjp with 300 and 255 times tagged respectively. @ImranKhanPTI was also tagged in the top 4 in this trend.

After analyzing almost 32,000 users who interacted with the hashtags the most. We came to know that users from many countries interacted on the hashtags as seen on the world map created below.

Similarities between the pattern of boycott of French and Indian products

Many accounts have posted on boycott French products earlier in 2021 and now tweets on the current hashtags. Some of them were PTI account. For example: the handle mentioned in the middle of the collage.

Accounts who have changed their usernames after posting on the hashtags

That is say, the finding of our DFRAC exclusive reports majorly include fake and deceptive elements involved in the ongoing Prophet Row Controversy. There are many imposters in Pakistan are trying to amplify this ongoing controversy to fulfil their agenda.

Moreover, there are many fake accounts who have changed either their username after or before posting on the hashtags. And, there is a lot of similarity in trend of Boycott of French Product and ongoing Boycott of India Products on social media.