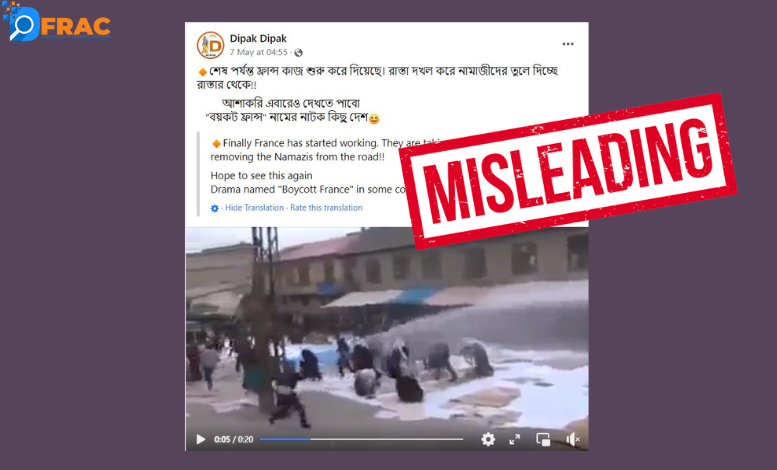 A video is getting viral on social media. Further sharing the video a Facebook user wrote in Bengali which can be nearly translated into English, “Finally France has started working. They are taking over the road and removing the Namazis from the road!! Hope to see this again Drama named “Boycott France” in some countries.” 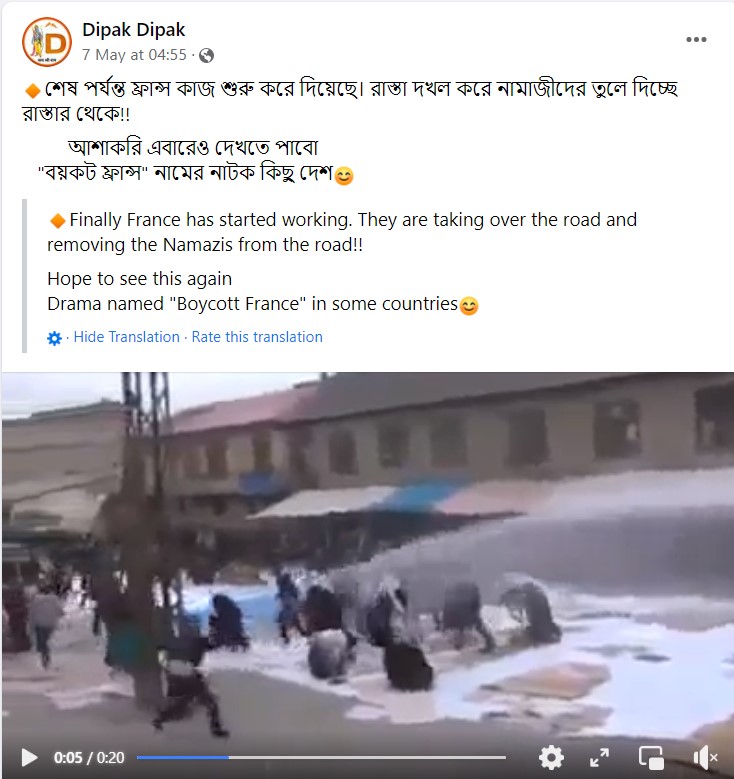 Similarly, many other users also shared the video.

Furthermore, while keyword research we found a Turkish Report of ilkehaber. The  publish date of the report was 9th November, 2012. And, the title of the report “civil Friday prayers”. The report covered a incident where prisoner sat on a hunger strike and police used water cannons and tear gas to disperse them. From the report we also got to know that Events took place between the crowd and the police in the Orman, Kışla, Cumhuriyet, Güngör, Kaniheyder and Esentepe neighborhoods of the district. 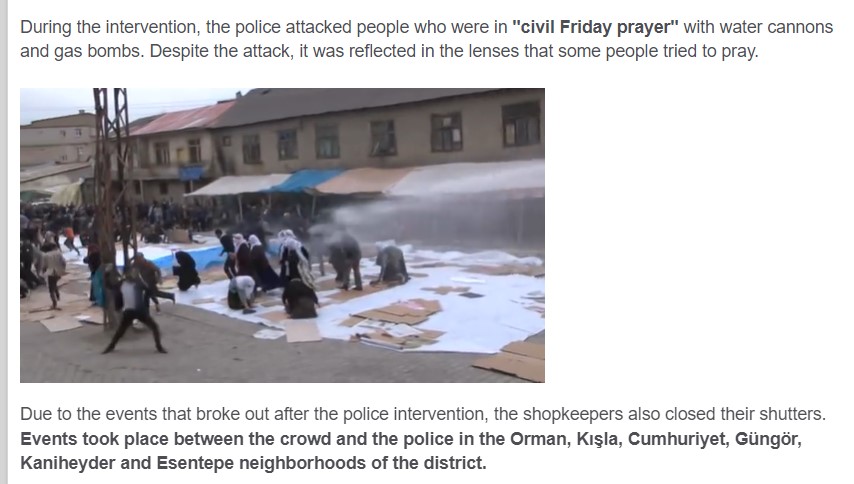 Hence, the users are sharing a video of an old incident of Turkey with false caption.