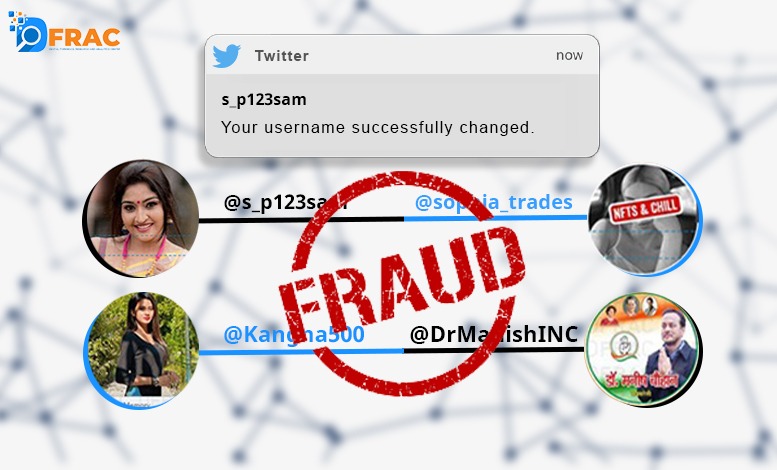 People often use usernames for their profiles to own a recognized account on Twitter. But sometimes the search for one username leads to no results. This may happen due to change in usernames of such profiles. In this exclusive report we have covered the username changing Accounts.

Twitter sees a lot of changes in usernames that can be due to different reasons like suiting a trending event, malicious intentions, or promoting a certain user name.

All user accounts have two things that are unique the first is the username whereas the second is the user Id. The first can be changed but the latter remains the same. And, no two accounts operating under the same user Id can be put into use altogether.

Why do people frequently change their usernames?

In this report, we are going to take five such accounts that have changed their user name for any of the reasons mentioned above.

The director vivek aghiniotri too warned the people about this fake account in one of his tweets.

“Just for records, Pallavi Joshi is not on Twitter. If you come across any impersonation, please report. Thanks.” Reads the Tweet.

Just for records, Pallavi Joshi is not on Twitter. If you come across any impersonation, please report. Thanks.

When we advanced searched on twitter, to know the accounts that mentioned @tina_yadav__ we found some accounts mentioning @rashmika__fan_. 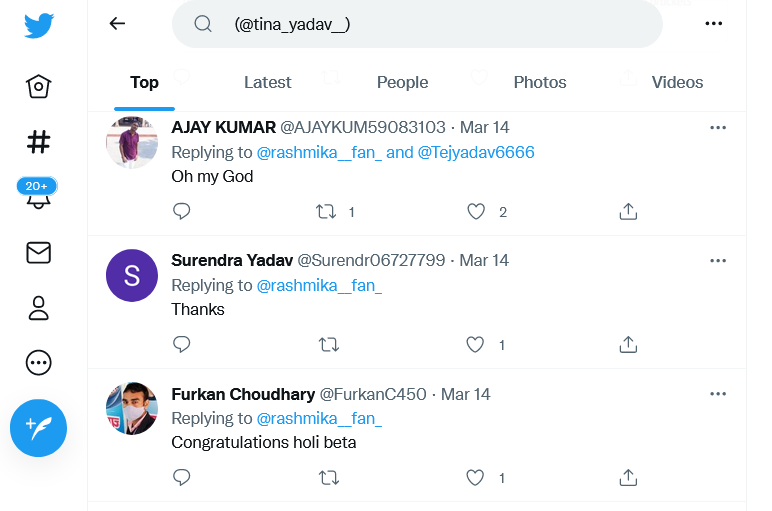 This proves that both the ID’s are same but the user names are different.

4. The account initially operating under the name @realjitendra_1 is now active with the name of    famous veteran movie star Mukesh Khanna @TheMukesh_ who was the main lead in the famous show “shaktiman” with good number of followers on this account.(i.e. more than 16k) Account courtesy : Ajayendra Urmila Tripathi

According to the research DFRAC found that the initially account was having much explicit content in it whereas, now the content in the profile mainly consists of Crypto money and trading but still it comes under the same caution because of the same user ID.

DFRAC have also covered such reports initially too due to which twitter have noticed these accounts and took charges.

Such two accounts are provided below whi9ch have been suspended by twitter now:

We have here debunked five such fake accounts who were working on the agenda of gaining followers and then changing username for a purpose. There are many more accounts like these that needs to be detected and analyzed.